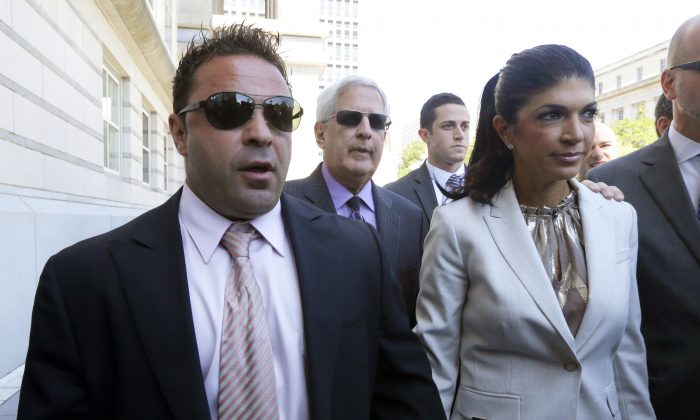 A former business partner slammed Teresa Giudice, the star of Real Housewives of New Jersey, and husband Joe Giudice after she sued her own lawyer.

Giudice was recently sentenced to 15 months in prison, which she will start next month. She and her husband were convicted on fraud charges.

Now, Giudice is suing her former lawyer, James Kridel, who represented her in 2009 in the case, for $5 million.

The move drew sharp criticism from Joe Mastropole, a former business partner of Joe Giudice, who said it’s nothing new. “They always blame others for their frauds,” he told RadarOnline.

Mastropole won a $260,000 case against the two in 2011 after Joe was found guilty of forging his signature on a mortgage document.

“That’s typical of them,” Mastropole told the website. “They use their lawyers and accountants [as fall guys].”

“They’re bull-[expletive]. They’re horrible people. I don’t know how they live with themselves,” said Mastropole, who added that Joe still owes him $420,902.60 in estate debt.

The Giudices also have to pay about $400,000 in restitution to the courts, leaving Mastropole incredulous.

Mastropole said he regrets taking the two to court due to the costs of lawyers.

“I’m out about $400,000 in attorney fees,” he said. “I’ll probably never get my money. I was better off letting them rip me off and not hiring my attorney. I should have just walked away.”

In the suit against her former lawyer, Giudice claims that Kridel “inadequately prepared her for a hearing before the federal Bankruptcy Court trustee,” reports the New York Daily News.

Kridel reportedly told People magazine that when Giudice pleaded guilty, he didn’t think she was aware of her family’s financial situation when she signed the papers that got her into legal hot water.

“I did not believe that Teresa was all that knowledgeable about any of the finances of her family until ultimately she became the breadwinner,” he said, per the Daily News.