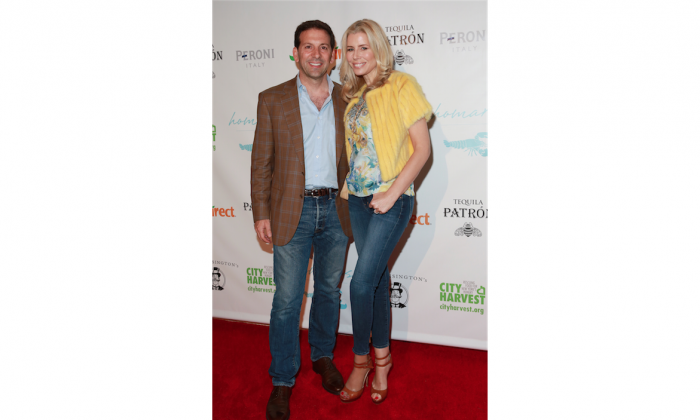 From The Real Housewives of New York City, Aviva Drescher and her husband Reid Drescher are seen at the First annual Lobster de Mayo hosted by Katie Lee, presented by Homarus at Capitale on Saturday, May 10, 2014 in New York. (Photo by Amy Sussman/Invision for Talent Resources/AP Images)
Entertainment

The lead ladies of the sixth season of “Real Housewives of New York,” including Aviva Drescher, Sonja Morgan, and Countess LuAnn De Lesseps attended the annual “So Sexy” party hosted by OK! Magazine in the city on Wednesday night. The party took place at the Marquee Nightclub, where many of the Real Housewives of New Jersey showed up as well.

Other cast members of the “Real Housewives of New York” who were not at the party include: Ramona Singer, Carole Radziwill, Heather Thomson, and Kristen Taekman who was in LA.

In the upcoming episode of the “Real Housewives of New York” Ramona will test Carole’s assistant skills. Ramona, who has her own wine line Ramona Pinot Grigio, will be the perfect “foil” in Carole’s search for an assistant, Carole’s  wrote on the network’s website.

“I’ve been very busy keeping track of my bad dates and turning my kitchen into an office, as you can see. I actually have a real fulltime job outside,” Carole wrote. She will be looking for an assistant to oversee her Twitter account, while she’s working on her next book.

Also in the episode, Kristen will meet the girls at “Wink” for a “contractually obligated Housewife sit-down.”

The upcoming episode of the “Real Housewives of New York” will air on Bravo at 9 p.m. on Tuesday June 3, 2014. “Win, Place or Sonja” is the thirteenth episode of the sixth season.