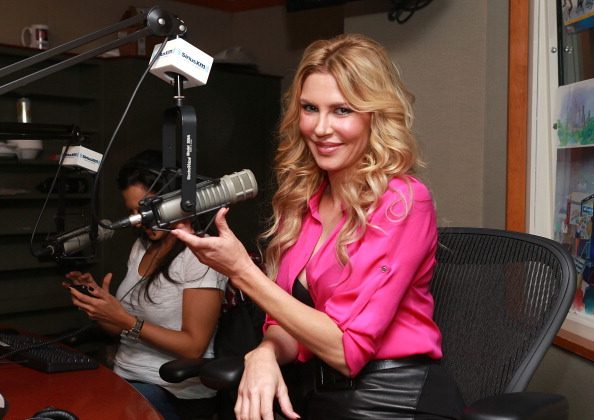 Brandi Glanville, one of the stars of “Real Housewives of Beverly Hills,” defended comments she made about her son that were recorded.

Glanville caused controversy when she referred to her 7-year-old son, Jake Cibrian, as “a complete [expletive]-hole.”

‘I joke about my kids &dogs being [expletive] sometimes cuz honestly they can be but I love them more then life!!people that know me know that! (sic)” she wrote.

Glanville added that people should “stop taking things so seriously.”

Glanville made the controversial comments on her show, “Brandi Glanville Unfiltered,” saying that she was “‘already, like, booking rehab for Jake down the road.”

According to Time magazine, two “Real Housewives of Beverly Hills” were let go from the show.

Joyce Giraud and Carlton Gebbia, who appeared on one season, won’t return, according to a source.

“I sort of look at it as a blessing in disguise,” Gebbia was quoted as saying about the departure.

There’s also been reports Lisa Vanderpump might quit the show. According to TMZ last month, “Sources close to production tell TMZ, [executive producer]Andy [Cohen] and Lance [Bass]” talked to “Lisa at her Beverly Hills restaurant PUMP over the weekend in a last ditch effort to get her to come back for the next season.”

Cohen is also reportedly nervous about losing her, as she is arguably the most popular of the “Housewives” on the show.