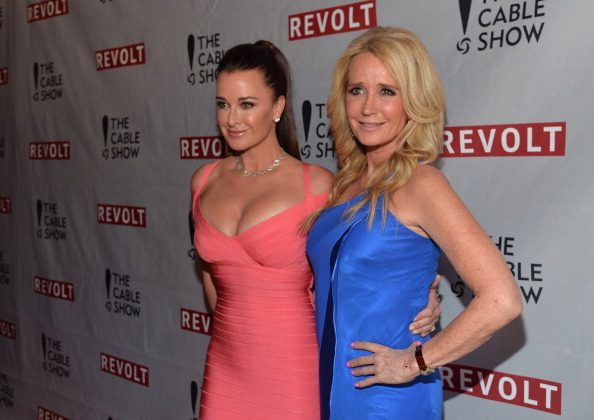 A longtime friend of Real Housewives of Beverly Hills star Kim Richards has filed a lawsuit against her over an alleged dog attack, and a report on Friday said that the producers of the show were added to the suit.

Zuhdi said that there’s evidence that Evolution Film & Tape, Inc. tried to cover up the attack.

“Based on the evidence that we have, we are also suing the Evolution Film & Tape, Inc. for Fraudulent Concealment and Conspiracy to Fraudulently Conceal,” he said.

Rozario is seeking to cover “medical treatment costs” as well as “general damages for pain,” “suffering, physical disfigurement and other intangible losses sustained.”

Rozario, 80, first talked about the lawsuit on Nov. 7 when her lawyer said, “She was attacked by Kim Richards’ dog on March 20, 2014, at Kim Richards’ residence. Mrs. Rozario was severely injured from the unprovoked attack of the dog … I have prepared a lawsuit and will be filing the suit [soon].”

Last month, it was reported that Richards sent the dog to a trainer after it attacked her niece.

“At this point I am looking into options to what the next step is for Kingsley,” she also said, according to People magazine.