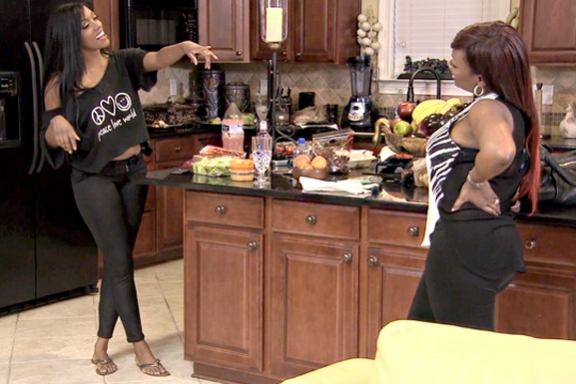 The “Secrets Revealed” episode for season 6 of Bravo’s Real Housewives of Atlanta is going to air on Sunday, May 11.

The episode will feature NeNe dining with one of her“Glee” co-stars, unseen footage of Kandi and Momma Joyce, and more of the aftermath from the couples Pillow Talk night.

Next week, “Husbands Revealed” will air.

See Bravo’s description of the series below.

Also the show has been renewed for a season 7.

“The series delves into the lives of six sassy women from Atlanta’s social elite. Juggling families, careers and a packed personal calendar, the Real Housewives live their triumphs and frustrations out loud. Atlanta continues to be a character in itself as one of the hottest entertainment hubs in America. These driven and ambitious women prove that they’re not just housewives, but entrepreneurs, doting mothers and feisty Southern women.”