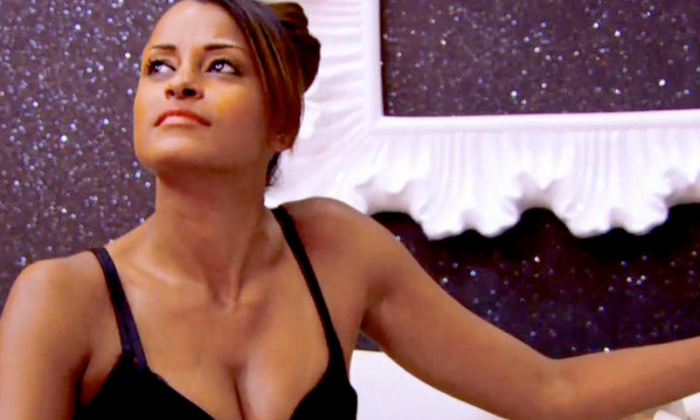 Newcomer Claudia Jordan is the “most hated” woman on Real Housewives of Atlanta, according to a new report.

Jordan is from the West Coast and just joined the show this season.

“All of Atlanta is against her,” a source close to the show told Radar Online.

“How do you export a [expletive] from California? She’s no Georgia peach!”

RHOA has often featured friction between cast members, but there is one thing all of the women now agree on. “No one likes Claudia. She’s the most hated Housewife out of the group,” the source said, calling her “fake.”

The news comes after Jordan recently indicated to a follower that she may not be around for long.

“Do you consider being a reality star a career choice?” the follower asked via Twitter.

“Huh? It’s a temporary job to me,” Jordan responded.

“Entertainment should be taken as JUST that. Should be for fun and entertainment. I don’t take my work home with me-makes it much easier,” she added later.

Jordan recently got caught up in an argument between Demetria McKinney, who had invited all of the housewives to Puerto Rico to watch her perform, and Phaedra Parks.

“You have your own brain?” asked Leakes, referencing Kenya Moore’s influence over Jordan, reported People magazine.

“Coming from the woman who is the puppet master,” said Jordan. “[Expletive], I ain’t no puppet.” “

You wish you had what I had in the bank, darling,” replied Leakes.

“I pay my own bills. I don’t get on a pole … Never been arrested,” replied Jordan.

Jordan finished off by calling NeNe’s hair “ramen noodles,” saying she has “the George Washington wig.”