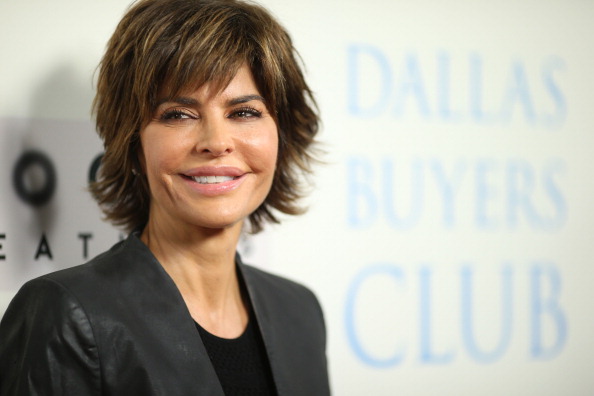 Lisa Rinna, the star of Real Housewives of Beverly Hills, said she believes there’s a ghost haunting her house.

Rinna, in her Bravo blog, said that the ghost is friendly and passed away more than 30 years ago. She heard “ghostly noises” in her Southern California home.

“I’m also going to enlighten you further on my haunted house,” she wrote.

“When Amelia and Bella were talking to me about the ghostly noises they heard, I played it off as if I wasn’t believing them. Fact is, I can’t prove it, but I believe there is indeed a female ghost named Karen that lives with us. She died in the house back in 1980, and I know she absolutely loves the girls and loves to be around them.”

Rinna added that “Karen” left behind a 3-year-old daughter.

“I feel like she really presented herself to us when the girls were just babies. She’s a good ghost. A protective spirit that I’m grateful to share my home and family with. I know it sounds crazy, but it’s just a feeling I have,” she wrote.

Meanwhile, Rinna–who starred in Melrose Place and Days of Our Lives–said that a commercial for adult diapers Depends paid a fortune, MailOnline reported.

“I got paid more money to do that than I got paid to do anything in my whole life. I was just winking to the bank,” she said. “To stay relevant I’ve had to re-invent myself over and over again. I like to do things people have no idea I can do. You can either sit and do nothing or you can be proactive and do a lot of things.”

“I’ll do anything to make a buck. I don’t say no to very much,” she added.