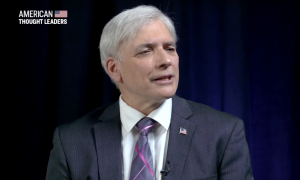 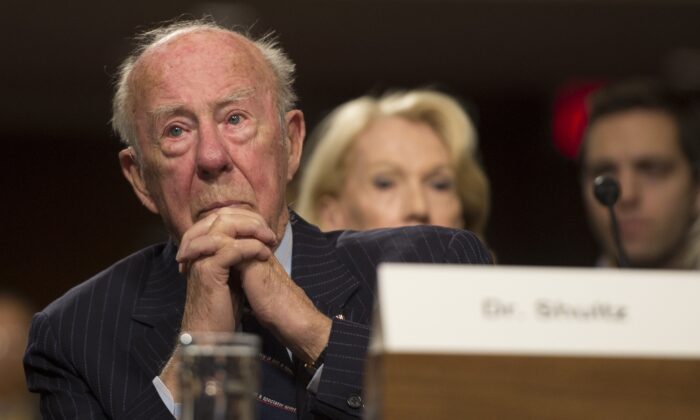 Former Secretary of State George P. Shultz, whose career included leading roles in diplomacy, business, and academia, and spent most of the 1980s trying to improve Cold War relations with the Soviet Union and forging a course for peace in the Middle East, has died.

Schultz died Saturday at his home on the campus of Stanford University, where he was a distinguished fellow at the Hoover Institution, a think tank, and professor emeritus at Stanford’s Graduate School of Business.

The Hoover Institution announced Schultz’s death on Sunday. A cause of death was not provided.

He was labor secretary, treasury secretary and director of the Office of Management and Budget (OMB) under President Richard M. Nixon before spending more than six years as President Ronald Reagan’s secretary of state.

Schultz was the longest serving secretary of state since World War II and had been the oldest surviving former Cabinet member of any administration.

The 1987 Intermediate Range Nuclear Forces Treaty was a historic attempt to begin to reverse the nuclear arms race, a goal he never abandoned in private life.

“Now that we know so much about these weapons and their power,” Shultz said in an interview in 2008, “they’re almost weapons that we wouldn’t use, so I think we would be better off without them.”

George Pratt Shultz was born Dec. 13, 1920, in New York City and raised in Englewood, New Jersey. He studied economics and public and international affairs at Princeton University, graduating in 1942.

He earned a Ph.D. in economics at MIT in 1949 and taught at MIT and at the University of Chicago, where he was dean of the business school. His administration experience included a stint as a senior staff economist with President Dwight D. Eisenhower’s Council of Economic Advisers and as Nixon’s OMB director.

Shultz was president of the construction and engineering company Bechtel Group from 1975-1982 and taught part-time at Stanford University before joining the Reagan administration in 1982, replacing Alexander Haig, who resigned after frequent clashes with other members of the administration.

After Reagan left office, Shultz returned to Bechtel, having been the longest serving secretary of state since Cordell Hull under President Franklin D. Roosevelt.

He retired from Bechtel’s board in 2006 and returned to Stanford and the Hoover Institution.

Shultz was married to Helena “Obie” O’Brien, an Army nurse he met in the Pacific in World War II, and they had five children. After her death, in 1995, he married Charlotte Maillard, San Francisco’s protocol chief, in 1997.

Shultz was awarded the nation’s highest civilian honor, the Presidential Medal of Freedom, in 1989.

Survivors include his wife, five children, 11 grandchildren and nine great-grandchildren.

Funeral arrangements were not immediately announced.