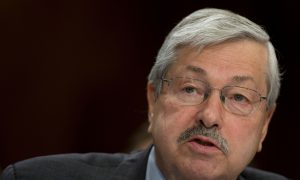 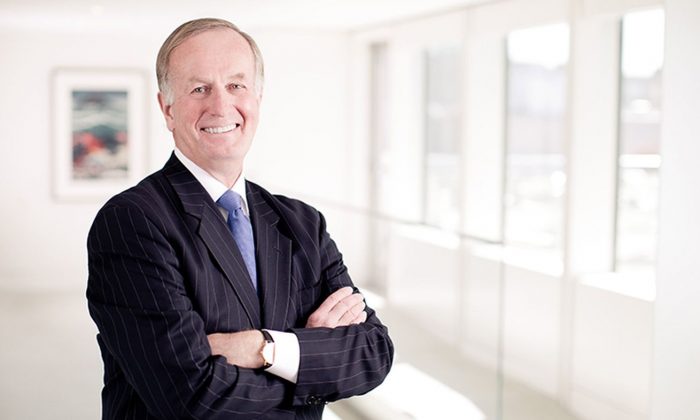 Arthur Culvahouse Jr. will begin his diplomatic post as US Ambassador to Australia in March 2019. (Courtesy of the University of Tennessee)
Australia

Reagan’s Former Lawyer Named Next US Ambassador to Australia

A lawyer who advised former U.S. President Ronald Reagan will become the next U.S. Ambassador to Australia, the U.S. Senate decided on Jan. 3.

The U.S. Senate approved the appointment of Arthur Culvahouse Jr. during the final hours of the 115th Congress. Starting from March Culvahouse will replace acting U.S. Ambassador James Carouso, who temporarily filled the position after the 2017 departure of former U.S. Ambassador John Berry.

Confirmed by the Senate: Political appointee Arthur B. Culvahouse, Jr. to be #Ambassador to #Australia. @USAembassyinOZ

In a speech to the U.S. Senate on Dec. 4 (pdf), Culvahouse affirmed his commitment to the ambassador role.

“It is my deep honor to testify before you today as the President’s nominee to be Ambassador to Australia, a vital and steadfast ally of the United States. I am humbled by the trust the president has placed in me by considering me to fill this important role.”

After a two-year delay, Australia is set to get a new US ambassador after a vote in Washington today, @TomMcIlroy reports. #auspol https://t.co/2BUdNjIr4K

The Morrison government has welcomed Culvahouse’s appointment as ambassador.

Australian Foreign Minister Marise Payne said in a Twitter post, “I welcome confirmation of Arthur B Culvahouse as US Ambassador to Australia.”

“Mr Culvahouse has a distinguished history of public service. We look forward to welcoming him and working together to further our unique friendship and alliance.”

I welcome confirmation of Arthur B Culvahouse as US Ambassador to Australia. Mr Culvahouse has a distinguished history of public service. We look forward to welcoming him and working together to further our unique friendship and Alliance. 🇦🇺 🇺🇸 @dfat @USAembassyinOZ @AusintheUS

Bruce Wolpe, a visiting fellow at the University of Sydney’s U.S. Studies Centre and former congressional employee, said Calvahouse’s appointment would give the United States a stronger presence in Australia.

“It’ll also give Australia more leverage back to Washington by having such a prominent person in Australia,” Wolpe told The Australian. “He’s got decades of experience, he has a direct tie to President Trump, he’s across the entire foreign policy agenda in this ­region, and trade as well. He’ll be a huge asset.”

Among Culvahouse’s credentials are the Presidential Citizens Medal from President Reagan in Jan. 1989, and the Defense Medal for Distinguished Public Service in Dec. 1992.

President @realDonaldTrump announces his intention to nominate Arthur Culvahouse Jr as the next US ambassador to Australia. pic.twitter.com/FCadP1N7Xx

Culvahouse intends to press ahead with a “quad” initiative—a group comprising of the United States, Australia, Japan, and India to counter China’s influence in the region according to the Australian Financial Review.

He is concerned Australia may have given an “aggressive” Chinese regime an “outsized” influence and opportunity to press its agenda.

“I know that from my commercial experience representing U.S. companies in Asia … and the Pacific,” Culvahouse told a Senate Foreign Relations Committee nomination hearing on Dec. 3.

“[If] there are such efforts, including [by] China, I will not refrain from forthrightly reporting to the chairman of the [state] department and to speak publicly if, and as, required.”

In his speech to the U.S. Senate on Dec. 4 (pdf), Culvahouse emphasized the importance of maintaining a strong U.S.-Australia alliance.

“Importantly, our relationship with Australia is not only about honoring our shared military sacrifice and close diplomatic, economic, and personal bonds over the past century–it is equally about nurturing and deepening these ties in the century to come,” he said.

“Australia is a key foreign policy partner, working closely with us to persuade North Korea to de-nuclearize; to promote a free and open Indo-Pacific region; and to increase development assistance and infrastructure investment in the Pacific,” he told the Senate.