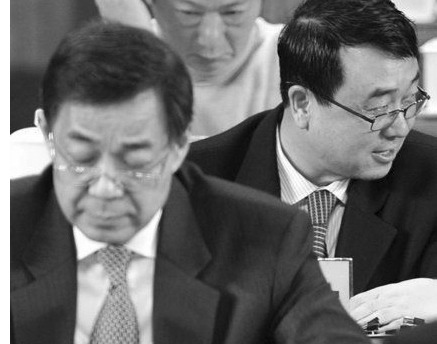 The comings and goings of the disgraced Bo Xilai, Chinese Communist Party (CCP) chief of the central-western province-level city of Chongqing, are being watched and analyzed by Chinese media, who are looking for hints at how the ongoing power struggle in China will turn out. Some observers believe Bo is now trying to fight to hold onto his power and position, and some see him as on borrowed time.

Bo Xilai became the focus of domestic Chinese and international news reports after his henchman, the former police chief and first deputy mayor of Chongqing, Wang Lijun, reportedly attempted on Feb. 6 to defect at the U.S. Consulate in Chengdu.

According to both the Chinese-language dissident website Boxun and a U.S. government source quoted by the D.C.-based national security reporter Bill Gertz, Wang told consular officials that Bo was conspiring with Zhou Yongkang, the head of the Chinese regime’s police forces, to oust Xi Jinping, the man expected to succeed Hu Jintao as the head of the CCP later this year.

A week after the scandal broke, on Feb. 13, the Mingjing News reported that all nine members of the Standing Committee of the Politburo had agreed to establish a special task force to investigate Bo Xilai. It also said that former CCP leader Jiang Zemin had “insisted” on the investigation, “to give the Party and the people an explanation.”

Mingjing News is connected to the political faction headed by Jiang Zemin, and this news report was understood to be an attempt by Jiang to cut any connections with Bo.

Bo Xilai briefly disappeared from view on Feb. 17, when he failed to attend an important meeting of the Chongqing government, sparking rumors that he had been arrested.

On Feb. 22, the Hong Kong-based Ming Pao newspaper reported that Bo Xilai had submitted his resignation from the Politburo and from the post of Party secretary of Chongqing.

The day after the Hong Kong report that Bo had resigned, he appeared in public, meeting on Feb. 23 with Macau Chief Executive Edmund Ho and then on Feb. 25 with the Foxconn Group’s president Terry Gou.

Meanwhile, the Bo Xilai-controlled news website Chongqing Hualong reported that on Feb. 24, Bo stressed implementing the overall guidance for the development of the city proposed by Hu Jintao in 2007, during the regular meeting of the Chongqing Standing Committee.

Chongqing Hualong also reported that on Feb. 27 Bo met with the former comrades of Lei Feng, the PLA truck driver from the early 1950s whom Mao turned into a national moral exemplar. March 5 is the annual memorial day for Lei Feng.

When Chongqing Mayor Huang Qifan was asked on Feb. 28 in Beijing by a reporter whether Bo Xilai had resigned, Huang said “that’s nonsense” twice, then stopped replying to any related questions.

Many observers believe that with Bo’s return to public life, he has passed the crisis and escaped arrest.

The journalist, activist, and survivor of the anti-Rightist campaign Tie Liu believes that Bo is still being investigated and has not escaped danger yet.

Tie Liu told Sound of Hope Radio, “The investigation takes time, with the need to find the evidence and then confirm the evidence. Afterwards, the second step is punishment.”

Since Feb 9, CCP authorities have not published or spoken a word about Wang Lijun.

The Beijing-based democracy activist and intellectual Cheng Ziming told Voice of America, “Under the current situation, if you say Bo Xilai is over the crisis, I think it’s too early. However, the situation has eased. Based on Bo’s conditions, it’s eased. But is he over this crisis? I don’t think you can say that yet.”

Tie believes the CCP leadership is preparing the groundwork for punishing Bo.

He said that he can read foreign news reports on the Internet, with no need to use software to break the Internet blockade. Tie believes the regime is allowing foreign reports into mainland China so that Chinese citizens can know about the Wang Lijun incident. The CCP leadership wants in this way to create public support for arresting Bo Xilai after the two meetings.

Tie believes this is a critical moment and the United States should reveal the information passed by Wang Lijun.

If the United States doesn’t do this, then, according to Tie, there will be no confirmation of the alleged planning for a coup by Bo and Zhou Yongkang.

On Feb. 29, the dissident news website Canyu published an article that said, “Bo Xilai has never surrendered to Hu Jintao and doesn’t really want to resign. He is trying to fight back, using the central Party’s guideline to promote Lei Feng to turn this crisis into an opportunity and make his counterattack.”

Netizen “Natural Shanghai” commented on the Voice of America website that it “seems like Hu Jintao, the Jiang faction, and Xi Jinping haven’t decided on who the winner [of the power struggle] is yet. So Wang Lijun and Bo Xilai get a few more days. The day someone claims the highest authority, is the day Wang Lijun and Bo Xilai lose their freedom.”