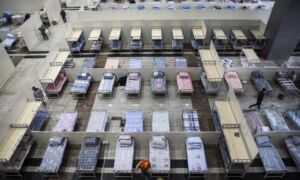 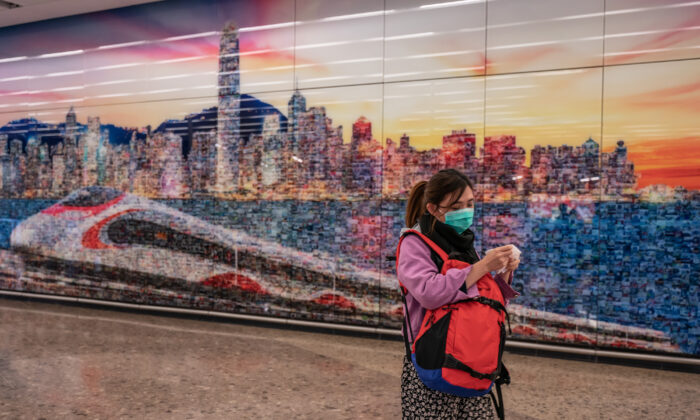 A Chinese-American woman called the Chinese-language Epoch Times office in New York City on Feb. 9 to express her gratitude for the media company. She learned about the severity of the new coronavirus (formally named COVID-19) outbreak when she watched The Epoch Times’ Chinese-language YouTube channel during a visit to Beijing in late January. YouTube is banned inside China, but many use VPN software in order to bypass the country’s firewall.

The Epoch Times’ video reports helped her make the right decision; she immediately booked a return flight to the United States and left China before Chinese cities were quarantined one after another.

Tina Zhang is a native of Beijing. She traveled to her hometown on Jan. 24 to visit a friend who fell ill.

“Be it the airport or on the street, there were few people wearing face masks in Beijing on Jan. 24,” Zhang said. “The next day, people were told to avoid going out and to wear a mask if they have to go to public places, but at the same time, the authorities told us this disease is not very contagious.”

When she went grocery shopping on Jan. 26, she noticed everyone on the street was wearing a mask and tried to keep a distance from one another. They rushed to grab whatever supplies they needed and immediately left the supermarket after paying for their items.

Beijing was stricken by SARS in 2003. Beijing citizens are still traumatized by memories of that outbreak, which killed hundreds of people in China.

Zhang became nervous and tried to check news reports about the virus.

Tina somehow came across the Chinese-language Epoch Times’ news channel on YouTube, which reported that Wuhan was in the midst of a serious outbreak, and that the virus was quickly spreading across China and other countries.

She then checked news from Chinese state media and news portals such as Sohu and Sina, but they did not report such details. Instead, the reports conveyed that the outbreak was under control.

Which one should I trust? Zhang thought to herself.

“In The Epoch Times’ YouTube video, anchor Li Muyang presented footage, audio, and explanations. They are very convincing,” Zhang said. “In addition, his image and voice carried powerful energy. That made me feel he is honest and trustworthy. I immediately decided that I should change my return date and book an earlier flight [back to the United States].”

She then asked her husband, who was at home in the United States, to book a ticket for her, saying, “Hurry up. Don’t waste time asking me why.”

She also notified several friends who traveled to China for the Chinese New Year holiday, saying, “I have had the chance to see the true information. Hurry up and go back [home to the United States]! It will save your life!”

Her friends did not believe her.

In the end, only one of her friends took her advice, and asked Zhang to book two tickets for her and her child, despite the expensive price tag.

“The moment my airplane landed in Los Angeles airport on Jan. 28, I felt wholeheartedly that I was finally free of all worries,” Zhang told The Epoch Times. She stayed in China for less than four days.

The aforementioned friend left China the day before her home city was locked down under quarantine. If she stayed a day longer, she wouldn’t have been able to leave the country, Zhang said.

To explain the situation to her husband, who is an American, Zhang showed him related reports from The Epoch Times. Upon learning about the authorities’ cover-up of the true situation in China, her husband was furious.

“He couldn’t understand why the Chinese regime reported the [severity of] outbreak to the U.S. Embassy…since Jan. 3 but did not alert its own people until Jan. 20,” Zhang said.

She also called on the Chinese people, especially those in Hubei Province, where the outbreak is most severe, to condemn the authorities for failing to contain the disease.

“The Epoch Times indeed saved my life. If I had stayed in China, I would be in constant fear, as I would risk getting infected with the virus after going out to supermarkets, using the elevator, or even from using the public restrooms. Actually The Epoch Times saved my family, because when I came back safely, my family was also saved from this highly contagious disease,” Zhang said.

She commended The Epoch Times staff for their courage and kindness. “You always expose the truth even when there are various challenges, and other media groups do not have such courage,” she said, explaining that most other Chinese-language media outlets are afraid to publish information that is unsavory for the Chinese regime.

The Chinese regime has on several occasions accused the Chinese-language Epoch Times of being an “anti-China” publication.

Zhang said she hopes overseas Chinese will look past the Chinese regime’s propaganda and give the publication a chance. “It’s high time for you guys to wake up, based on what you have seen during the outbreak of this virus.”

She believes that the Chinese-language Epoch Times will gain more recognition, trust, and respect among the Chinese community as a result of its reporting on the COVID-19.

“All the reports on the coronavirus from The Epoch Times are truthful, and your reports have helped many people [in China]. I can attest to that,” she said.