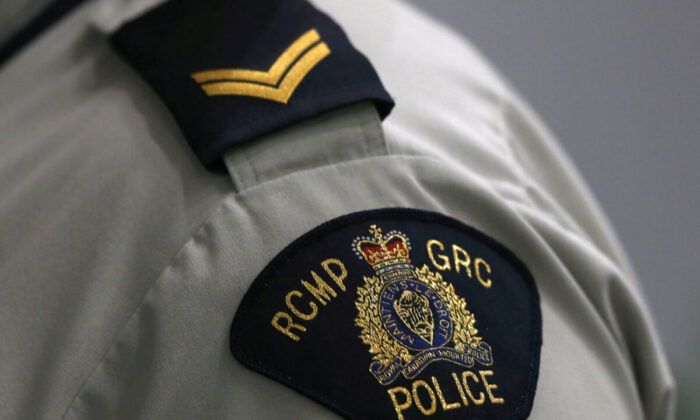 A Royal Canadian Mounted Police (RCMP) crest is seen on a member's uniform in a file photo. (Shannon VanRaes/File Photo via Reuters)
Canada

RCMP Union Will Back Officers Who Refuse Mandatory Vaccination

The union that represents 20,000 RCMP officers says it will back its members if they choose to refuse vaccination, and will help them should they face “employment consequences.”

“The [National Police Federation] supports a member’s right to choose to be vaccinated or not,” says a Sept. 23 email to members obtained by CBC News and reported on Sept. 29.

“We will assist and represent members individually with their choice and its possible employment consequences.”

During the federal election campaign, Prime Minister Justin Trudeau said federal workers who decide not to get vaccinated could face potential “consequences,” but did not specify what the ramifications might be.

“The bottom line is, if anyone who doesn’t have a legitimate reason for not getting fully vaccinated, chooses not to get vaccinated, there will be consequences,” Trudeau said during a campaign stop in Markham, Ont., on Aug. 17.

Trudeau reiterated this message on Sept. 28 during his first press conference since the Liberal Party won the election last week.

“We’re going to ensure that the federal public service is vaccinated. There is a clear requirement of vaccination for anyone who works for the federal government,” he said.

The Epoch Times contacted the National RCMP headquarters to find out how mandatory vaccination would be implemented among their officers and what the related consequences would be for those who don’t comply.

An RCMP spokesperson referred the questions to the Treasury Board of Canada Secretariat, who said that the “government will continue to engage with key stakeholders, including bargaining agents, as it plans for the implementation of this initiative.”

“As announced on September 28 by the Prime Minister, details will be communicated in the days and weeks to come,” the secretariat said in an emailed statement.