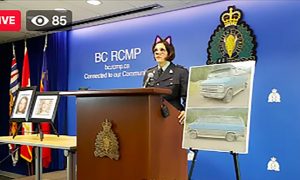 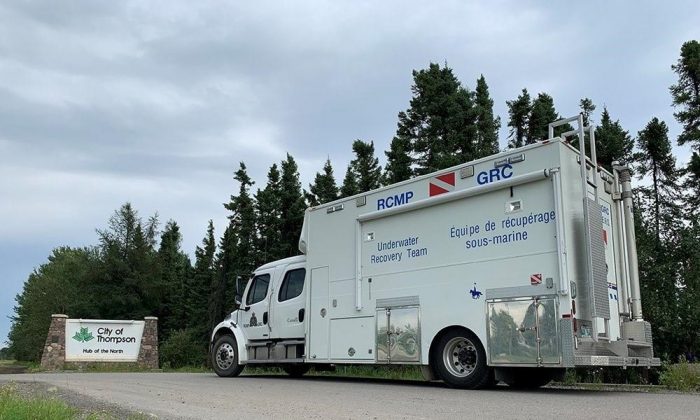 Manitoba RCMP's Underwater Recovery Team (URT) is seen in this police image published to social media on August 3, 2019. Divers will begin to search a section of the Nelson River which is northeast of Gillam, MB, August 4. (HO-Twitter, RCMP @rcmpmb/The Canadian Press)
Canada

RCMP to Search River Near Gillam, MB., for Murder Suspects After Finding Boat

GILLAM, MB—RCMP searching for two British Columbia murder suspects say they spotted a damaged aluminum boat on the shore of the Nelson River in northern Manitoba.

Police say it’s the reason they have deployed a dive team to the area.

They explain in a news release that a helicopter search found the boat Friday afternoon and that five members of the RCMP Underwater Recovery Team were immediately deployed.

The dive team arrived in Gillam on Saturday and were expected to conduct an underwater search “of significant areas of interest” Sunday.

The area has been the focus for more than a week in the hunt for Bryer Schmegelsky, 18, and Kam McLeod, 19, who are wanted in connection to the deaths of three people last month in B.C.

The news comes after police said Wednesday they would be scaling back the search in the Gillam area, which is where the last confirmed sighting of the pair was more than a week ago.