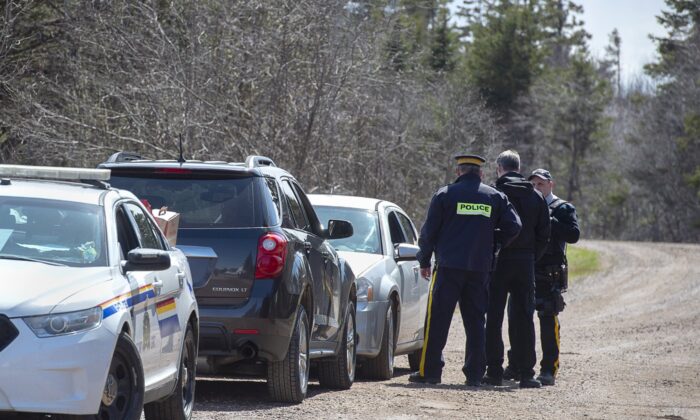 One of the Mounties who oversaw the initial response to the mass shooting in Nova Scotia was off work for at least 16 months afterwards, saying he struggled with questions about his own decisions during the rampage.

Staff Sgt. Brian Rehill—a risk manager at the RCMP’s Operational Communications Centre in Truro, N.S.—told investigators with the public inquiry investigating the killings that support from other officers helped him cope with the aftermath.

However, he was still off work at the time of his interview on Jan. 15. “I’m a bit rusty because I haven’t worked since September 2020,” he said. The inquiry removed the reasons behind Rehill’s absence from the transcript of the interview, saying it was “personal information.”

In the remaining document, the 32-year-veteran of the force describes a career that began in a small town on Newfoundland’s Great Northern Peninsula and included rural policing assignments in Cape Breton and northeastern Nova Scotia.

As a risk manager, he said he worked alongside 911 call takers and dispatchers at the communications centre in Truro, giving safety directions to officers “engaged in high-risk activities” during non-business hours when district supervisors and commanders aren’t on duty.

During his interview, Rehill spoke about his decision not to quickly send in a second group of officers to help the first three officers who advanced into Portapique, N.S., after the first reports of shootings were received on the night of April 18, 2020.

Lawyers for victims’ families have said that if the RCMP had a full complement of six officers on duty that night—rather than the minimum four—and a system to track officers, a second team might have been able to advance up another road to where the killer actually was.

Rehill said he could have faced criticism if he’d sent in a second team and officers had shot at one another. “People would be saying, ‘What the hell were you thinking, Rehill, having two or three teams there in the pitch black and they don’t know where the other one is?'” he said in the interview.

The staff sergeant also said that with hindsight, “I probably could have sent another team in there,” and he then spoke of the difficulty of looking back at the decisions taken, the distress it created for him and the reassurances he received from other officers.

“I was second-guessing myself a lot and wondering, did I miss something that, had I not missed it, he (the killer) wouldn’t have got out of there and (Const.) Heidi (Stevenson) would be alive, all these people in Wentworth would be alive, that kind of thing,” he told the investigator. After the gunman killed 13 people and escaped from Portapique on April 18, he spent the night in nearby Debert before resuming his rampage and killing nine more people, including Stevenson.

An occupational health and safety investigator’s report that looked at workplace compliance issues concluded there was an “environment of confusion” over the roles of the initial RCMP supervisors on the night of the mass shooting.

Labour investigator Lorna MacMillan said this breached the RCMP’s requirement under the Labour Code to ensure each employee has the “supervision necessary to ensure their health and safety at work.”

Rehill said he relied heavily on the experience of the first officers on the scene, who were trained in immediate response techniques for neutralizing active shooters. “I don’t micromanage the (RCMP) members, and on the night in question, I didn’t micromanage,” he said. “I was listening a lot.”

Meanwhile, Rehill and other supervisors overseeing the response had trouble identifying the killer’s replica RCMP cruiser, according to commission’s summaries of the events on the first night.

Within a half-hour of the shooting starting, 911 call takers and RCMP members received reports the killer’s car was a “decked and labelled RCMP car,” that it was “just like a police car” with “lights and stuff, and it was “a cop car” that was white with stripes, but possibly no roof lights.

However, Rehill said in his interview he heard from operators at the Truro communications centre that the killer, Gabriel Wortman, was a collector of decommissioned patrol cars, and Rehill said “everyone” at the centre believed “we’re looking for one of these white, Ford Tauruses.”

In his interview with the inquiry, the staff sergeant said he didn’t know until the next morning that “this guy had a fully marked police car that looked identical to one of ours that just rolled off the lot.”

“I was in shock when I saw the photo of the police car,” he said.