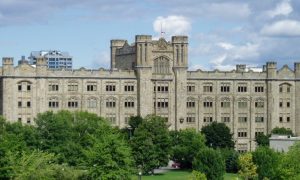 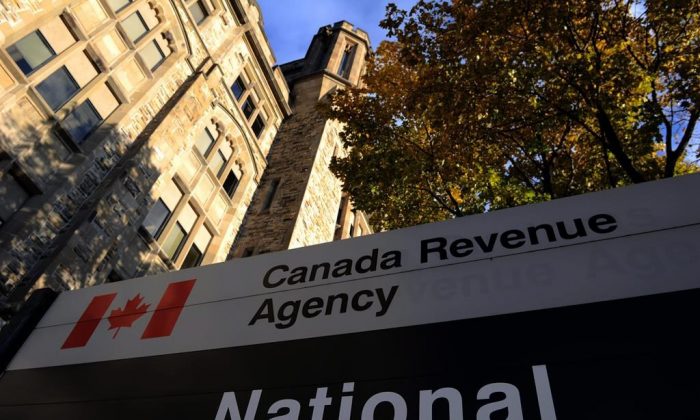 The Canada Revenue Agency headquarters in Ottawa in a file photo. A recent rise in scam callers pretending to be CRA employees has been bilking money from Canadians across the country. (Sean Kilpatrick/The Canadian Press)
Canada

According to an Aug. 23 report by CBC News, RCMP officers have been closing in on the criminals behind the infamous scams. Involving an automated, vaguely threatening message telling the victim that they owe large amounts of taxes to the CRA, the scams have been targeting tens of thousands of Canadians across the country.

The perpetrators’ modus operandi is simple. The robotic voice behind the phone call warns recipients that if they don’t pay up as soon as possible, they’ll be hit with lawsuits and visits by the police. Usually, people can identify it as an obvious scam, but the specific types of victims that the calls are aimed at—namely, newly arrived immigrants or elderly citizens—tend to be more likely to transfer the money that the scammers have set their sights on.

To date, the scam has stolen more than $10 million from people who fell for it, which would render it one of Canada’s largest national cyberscams of all time.

Ritesh Bhatia, an Indian cybercrime investigator, described the scammers as “nothing but financial terrorists”during a 2018 interview with CBC. “It’s a huge operation, a big industry,” he said.

Now, the RCMP say they are intensifying their efforts to catch the criminals in the act. CBC reports that the investigation has become a multinational operation: officers aren’t only tracking down suspects in Canada, but also stationing themselves in parts of India, where they’ve managed to trace most of the scam calls back to.

Illegal call centres are rampant in the South Asian country, and multiple raids by the local police have already taken place there. A massive sweep in October 2018 at one of these centres resulted in the arrests of 28 people involved in the CRA scams.

The RCMP are also tracking down Canadian individuals connected to the call centres, who they say work with the international scammers as accomplices to funnel the stolen money back to India. “They’re defrauding the Canadian public and sending money away—they’re money laundering,” RCMP inspector Jim Ogden told CBC.

“They may have other jobs that they’re working, but at the same time there is a sideline, if you will, of receiving proceeds from the CRA scam.”

Authorities have said that arrests of the suspects on the Canadian side are likely to happen soon.

The Canada Revenue Agency, which the scammers have been posing as agents of, has been giving advice to vulnerable Canadians who may be targeted by the calls.

According to the agency, the easiest way to tell if a call is fake is by paying attention to what the automated voice is saying: real calls will never use threatening language or outline consequences for not paying on time, they said, and CRA agents won’t ask for detailed personal or financial information over the phone.

Instead, official CRA calls may ask for simple information like names and birthdays for the purposes of verifying identity as well as specific account details in the case of business enquiries.

The agency also details on its website several ways people can protect themselves from scams, such as making sure to keep access codes and PINs secret, monitoring tax accounts by signing up for alerts when any changes are made, and remembering to never provide personal information over the Internet.

CRA scams come in many forms, but the premise is the same: scammers pose as @CanRevAgency agents and claim you owe money or you haven’t paid your taxes. These calls, emails and texts increase during tax season, so protect yourself with these five tips. https://t.co/OaeXrqkahU pic.twitter.com/Qj1oLhIYo2