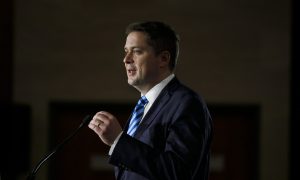 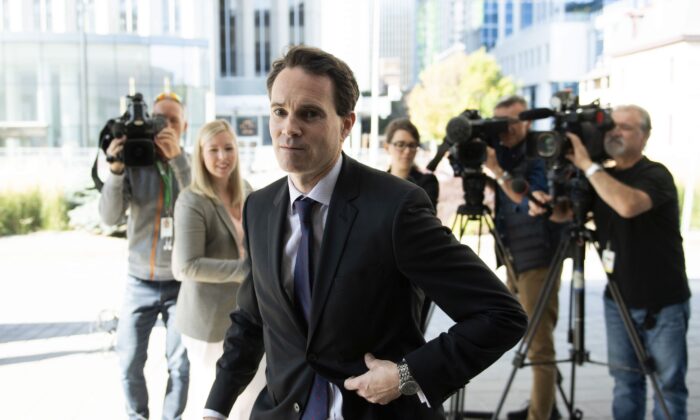 Ian Carter, lawyer for Cameron Ortis, returns to the courthouse after speaking to reporters in Ottawa on Sept. 20, 2019. Ortis, one of the RCMP’s most senior intelligence officials, faces charges of violating Canada's official-secrets law for allegedly trying to pass classified information to adversaries. Ortis had top secret clearance but had not undergone a polygraph exam. (THE CANADIAN PRESS/Justin Tang)
Canada

OTTAWA—The RCMP does not give lie-detector tests to employees undergoing top-level security screenings despite federal rules that require such examinations, The Canadian Press has learned.

The revelation comes as the national police force assesses the damage from possible leaks by one of its most senior intelligence officials.

At a news conference last month, RCMP Commissioner Brenda Lucki said Ortis had a valid “top secret” clearance—which must be renewed every five years—but he had not undergone a polygraph exam, a test that measures physiological signs such as heart rate and breathing that might indicate deception.

It turns out the RCMP does not use the polygraph for security clearances, even though a 2014 federal standard requires a lie-detector test for the highest security category, known as “enhanced top secret.” The category includes people who have access to sensitive law-enforcement or intelligence-related operational information.

As director general of the RCMP’s National Intelligence Co-ordination Centre, Ortis would have been privy to such highly classified material. Lucki said he had access to information from Canadian and international intelligence partners, posing a potential risk to their operations.

Ortis is accused of violating the Security of Information Act as well as Criminal Code provisions, including breach of trust, for allegedly trying to disclose classified information to an unspecified foreign entity or terrorist group. He faces a total of seven counts, dating from as early as Jan. 1, 2015, through to Sept. 12 of this year, when he was arrested.

The RCMP refused to say when Ortis, who joined the police force in 2007, underwent his most recent security-clearance update.

However, the force expressed confidence in its security-screening process, saying in an emailed response to questions that it involves multiple steps such as education and employment verification, credit checks, criminal-record checks, open-source investigations, interviews and field investigations.

“The RCMP does not currently conduct polygraph examinations as part of its security-screening process,” the force said.

While there has long been debate about the effectiveness of polygraph tests, the federal standard on security screening requires them for enhanced top-secret clearances as a means of assessing loyalty to Canada.

Polygraph test questions relate to relevant details of the individual’s behaviour collected through other security verifications, inquiries or assessments, says a government description of the screening practices.

“Examinations are administered by qualified personnel according to recognized techniques and written standards that are designed to protect individuals’ legal rights and rights under the Canadian Charter of Rights and Freedoms.”

Federal agencies were given three years to phase in the 2014 standard, making October 2017 the deadline for full compliance.

The federal standard says an agency must have the approval of the Treasury Board president, the cabinet minister who oversees the rules, to vary elements such as the polygraph requirement. In such cases, there must be prior consultation with the division of the Treasury Board Secretariat that deals with government security policy.

The RCMP told The Canadian Press it did not seek approval from the Treasury Board to forgo polygraph exams for enhanced top secret clearances, adding the force continues to “work towards adopting the standard in full.”

Canadian Security Intelligence Service spokesman John Townsend said CSIS employees are polygraphed during the hiring process and every five years as part of their security-clearance renewal.

The Communications Security Establishment, Canada’s cyberspy agency, also administers polygraphs to job applicants. It does polygraph examinations for employees hired as of January 2006 who need top-secret clearance or a five-year update, a CSE spokesman said.

In addition, a number of designated CSE positions entail polygraph testing regardless of when the person doing the job was hired. As a result, the overwhelming majority of CSE employees are subject to polygraphs as part of the screening and update process, the spokesman said.

Although the RCMP does not polygraph employees undergoing security clearances, the force does give lie-detector tests to potential recruits, something intelligence specialist Wesley Wark finds odd.

On the one hand it suggests that polygraphs are considered useful by the force but on the other suggests they are not necessary for the small percentage of RCMP members who require access to top-secret material, said Wark, a professor at the University of Ottawa’s graduate school of public and international affairs.

“It is hard to square this.”

Polygraphs are imperfect instruments that can be morale-sapping for any government agency forced to use them, Wark said.

“But the RCMP cannot stand apart from agencies like CSIS and CSE in this regard, given the RCMP’s centrality to the national-security system in Canada. If the decision was to create an enhanced top secret clearance process, then the RCMP needs to be fully part of it.”

Changes to Canada’s security-screening regime had been discussed since the time of the 9/11 attacks, but it took the case of Jeffrey Delisle—a naval officer who pleaded guilty in 2012 to giving secrets to Russia—to push the issue to the top of the government’s agenda, Wark said.

In introducing the polygraph exam for enhanced Top Secret clearances, Canada followed the lead of the U.S., where the technique is widely in place, including for Federal Bureau of Investigation agents working on national-security and counterintelligence cases, Wark said.

“Canada was under threat from its Five Eyes partners, especially the United States, to make changes to its security practices or face dire restrictions on its access to allied intelligence.”

(The “Five Eyes” countries that share intelligence are Canada, the U.S., Britain, Australia and New Zealand.)

The Supreme Court of Canada has said that while polygraph examinations are inadmissible as evidence in court, they may nevertheless be useful to police for investigating offences.

Security consultant and certified polygraph examiner Sam Ghadban left the RCMP in 2014 after 26 years, but he still does polygraph testing of prospective Mounties for the force.

“I absolutely believe in it,” he said. “Nothing is infallible but as a tool, as part of the investigation, I think it’s quite valuable.”