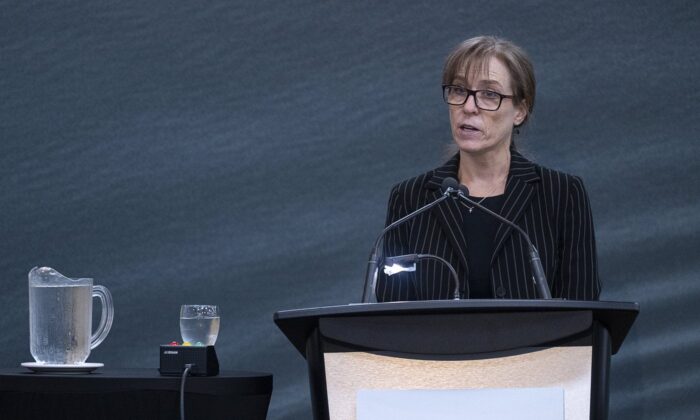 RCMP ‘Did Their Best’ in Response to NS Mass Shooting: Department of Justice Canada

The RCMP’s response to the 2020 shooting rampage that left 22 Nova Scotians dead was far from perfect, but police did their best, the federal Justice Department said Friday.

During the final day of public proceedings at the federal-provincial inquiry into the mass shooting, Lori Ward, general counsel for Department of Justice Canada, said there’s always room for improvement for all policing agencies.

“No response to a critical incident of this magnitude could be perfect, but when this crisis hit, the RCMP showed up, did their best and acted with courage, determination and dedication,” Ward said.

It’s difficult, she added, to separate what was known when the killer was at large on April 18-19, 2020, from what has been uncovered in the years since the tragedy. While hindsight is a valuable tool when used to learn lessons and make changes, it “can also impede a fair and objective evaluation of decisions made in real time.”

On the night of April 18, 2020, a man disguised as a Mountie and driving a car that looked exactly like an RCMP cruiser started killing neighbours and strangers in rural Portapique, N.S.

Ward said she is aware of the criticism levelled at the RCMP for allegedly dismissing witness accounts of the marked police car that the gunman was driving during the 13-hour rampage that left 22 people dead. She said that during the shootings the idea that the killer could have built such a car himself was beyond reasonable comprehension and was unlike anything police had seen before.

When the RCMP were sent photos of gunman Gabriel Wortman’s replica police cruiser the second morning of the rampage, it was initially viewed with “disbelief and incomprehension” by all members, Ward said.

“To assert that (RCMP) should have continued to search for a car identical to their own as opposed to turning their minds to alternatives like decommissioned cars is to view the events through the lens of someone who has now been familiar with the existence of the replica car for more than two years,” she said.

Ward, who at times before the inquiry had tears in her eyes, highlighted that among the “problems and failings” of the RCMP in the aftermath of the shootings was the delay in discovering some of the killer’s victims.

Harry and Cory Bond, the sons of Peter and Joy Bond—a couple murdered in Portapique, N.S., the night of April 18, 2020—started hearing from acquaintances the next morning about shootings near Cobequid Court, the road where their parents lived.

The summary from the inquiry into the mass shooting says it was about 18 hours after the killings started before an RCMP officer found the Bonds’ bodies inside their home.

“The anguish felt by the families of those victims at the thought of that lapse of time is unimaginable,” Ward said.

She said this delay is among the things “RCMP wishes it could go back and change.”