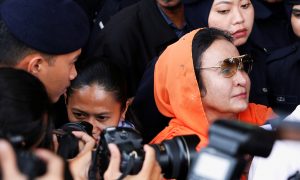 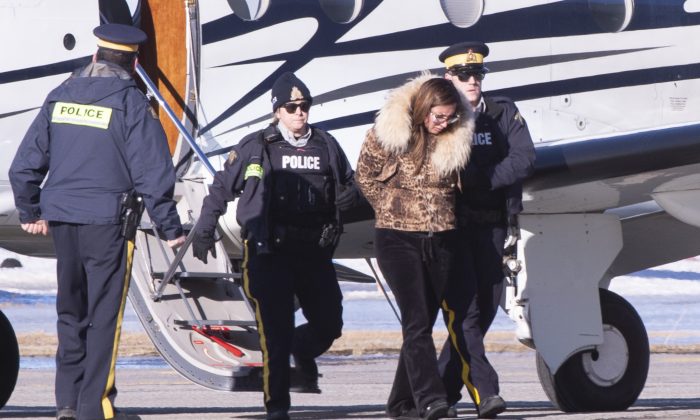 RCMP officers escort a female suspect in a money laundering network off an airplane in St-Hubert, Quebec, on Feb. 11, 2019. (The Canadian Press/Paul Chiasson)
Canada

MONTREAL—More details are expected today on multiple raids in Montreal and Toronto that police are linking to an extensive international money laundering network with ties to organized crime.

The RCMP is set to hold a news conference in Montreal about the raids in both cities on Feb. 11 that involved multiple police forces, the Canada Revenue Agency and the Mounties.

More than 300 officers took part in the raids that resulted in 15 arrests, as well as the seizure of large quantities of drugs, $1.7 million in cash and properties worth $15 million.

The RCMP began the probe dubbed “Collector” in 2016 and wrapped it up last spring before launching the raids at around 6 a.m. on Feb. 11.

Four other suspects were still being sought.

RCMP Sgt. Luc Thibault said the sweep targeted “individuals who facilitated the collection of money from criminal groups in Montreal and laundered the proceeds of their illicit activities.”

Thibault said the suspects were detained in Laval, just north of Montreal, adding that they will likely face charges including conspiracy, trafficking and laundering the proceeds of crime, while a few others arrested in Toronto were expected to be taken to Laval.