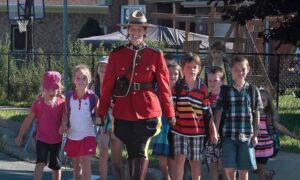 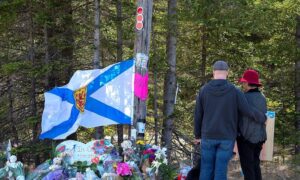 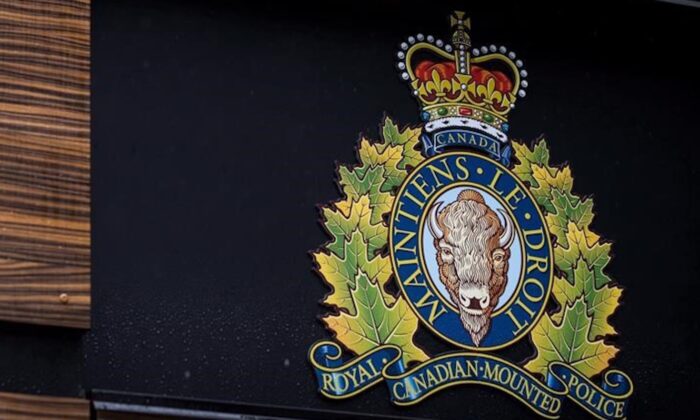 BRIDGEWATER, N.S.—Nova Scotia police say a call about an attempted stolen vehicle Saturday night helped locate a man who had been on the lam for nearly a week after he allegedly tried to kill a police officer.

In a statement Sunday morning, Bridgewater police said they found Tobias Charles Doucette after searching a wooded area in the village of Hebbville.

Doucette was wearing shorts but no shirt or shoes when he was arrested, police said.

“Police were prepared for a safe resolution and are pleased that no one else was hurt during this event,” the statement read.

Doucette had been the subject of a days-long manhunt since the incident at a hotel in Bridgewater on Monday night,

The 31-year-old was charged with attempted murder after he allegedly struck an officer in the neck with an edged weapon as police responded to a domestic violence call at the hotel on Monday. He was also charged with assault on his common-law partner.

Doucette is expected to appear in court on Monday to respond to the charges against him.

The RCMP had been focusing their search for Doucette in Conquerall Bank, N.S. where he was believed to be on Tuesday.

He was spotted by an RCMP dog and handler, but police say he escaped into nearby woods after allegedly stabbing the dog with a stick.

After going several days without finding any trace of him, police responded to two possible sightings of him in Bridgewater on Friday.

That evening they set up a perimeter after spotting bare footprints that Bridgewater deputy chief Danny MacPhee said were suspected to be Doucette’s, but they didn’t find the fugitive.

On Saturday night, they reported another possible sighting _ this time in Lunenburg County. RCMP urged people in the area of Conquerall Mills Road and Highway 3 to stay inside and keep their doors locked.

Wilbert Marshall, the chief of Potlotek First Nation where Doucette is from, had pleaded on Thursday for the 31-year-old to turn himself in to the authorities.

“Please surrender yourself. Nothing’s going to happen to you. I promise that,” Marshall told reporters during a news conference alongside the RCMP.

Doucette’s common-law partner was treated for minor injuries sustained in the same incident, while the injured police dog was reported to be in stable condition.