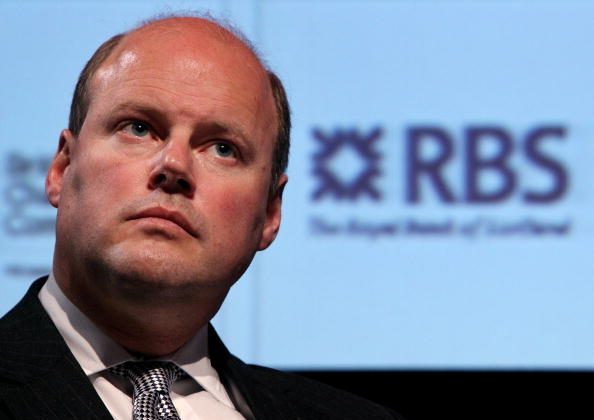 Stephen Hester, the CEO of RBS, waits to speak at the British Chamber of Commerce Annual Conference held at the headquarters of BAFTA on March 18, 2010 in London, England. (Oli Scarff/Getty Images)
US

The chairman of RBS has waived his almost £1 million share-bonus, following growing political and public pressure.

The bonus awarded to chairman Stephen Hester, at the helm of an 80 per cent government-owned bank, had followed weeks of growing political momentum behind curbing excessive executive pay.

The Labour Party had over the weekend threatened a vote in Parliament calling for Mr Hester to be stripped of the bonus. Although such a vote would not have been technically legally binding, the government still owns four-fifths of the bank following a bailout during the economic crisis. With the Lib Dems hot in pursuit of executive bonuses, the vote would most likely have carried.

George Osborne, the Chancellor, welcomed Mr Hester’s decision, calling for him to stay in his job. “This is a sensible and welcome decision that enables Stephen Hester to focus on the very important job he has got to do, namely to get back billions of pounds of taxpayers money that was put into RBS,” he said.

David Fleming, Unite national officer, said that it was better late than never. “This gesture goes some way to acknowledging the hypocrisy of an organisation which has sacked over 21,000 staff, while still attempting to pay bumper bonuses to the bosses,” he said in a statement.

Labour leader Ed Milliband claimed the announcement as a victory for his party, taunting David Cameron for his refusal to call for Mr Hester to be stripped of his bonus.

“The debate about fair executive pay and responsible capitalism is only just beginning,” said Mr Milliband. “We need a government that will tax bankers’ bonuses and bring responsibility to the boardroom.”

“He received £1.2 million a year – that’s 46 times the average salary of an average employee in this country – to do that job,” he said.

David Buik, of brokers BGC Partners said it was a “very sad day for commercial democracy”.
“The fact remains that political expediency and public opinion bullied Mr Hester into waiving his justified bonus,” he said, according to The Telegraph.