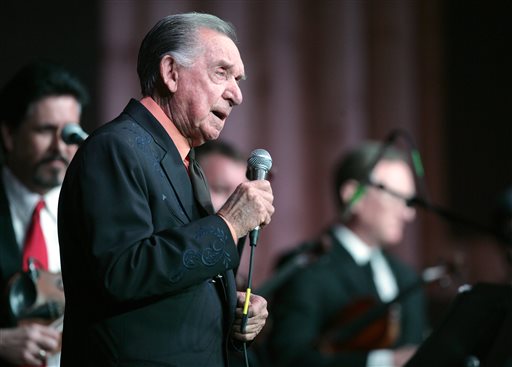 Ray Price was reported dead at age 87, but it turns out he’s not yet dead.

“I believe I have been deceived by some cruel people and they need to stop this,” said son Cliff Price via Facebook. “I understand my Dads is still alive but barely hanging on.”

Multiple media outlets, including the Tennessean and Country Music Today had reported earlier that Ray price was dead.

Price is a legendary country music singer, one of the leading singers in the 1950s through the 1970s.

Some of his hits included “Talk to Your Heart,” and “City Lights.”

Price has been battling pancreatic cancer.