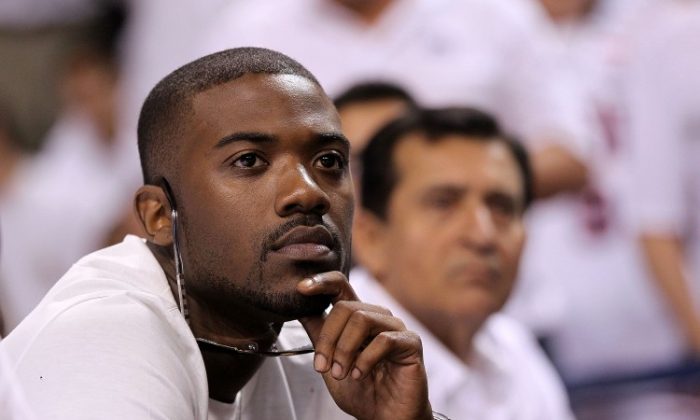 R&B artist Ray J watches Game One of the Eastern Conference Semifinals of the 2011 NBA Playoffs between the Miami Heat and the Boston Celtics at American Airlines Arena on May 1, 2011 in Miami. Ray J was hospitalized on Monday in Las Vegas after attending the Billboard Music Awards. (Mike Ehrmann/Getty Images)
Entertainment

Singer Ray J was hospitalized in Las Vegas on Monday after exhausting himself at the Billboard Music Awards on Sunday.

Ray J was on a 32-hour trip from China to the United States just ahead of the ceremony, and hosted a launch party for his “Prince Reigns” hair serum afterward at the Rio Hotel & Casino.

“He will remain in the facility to recuperate from exhaustion and jet lag,” the 31-year-old singer’s representative told Us Weekly.

The Billboard Music Awards paid a special tribute to the late Whitney Houston, who died at age 48 on Feb. 11. Ray J, who dated the music legend and actress on and off, told the magazine shortly after her death that he had “tried to process the emptiness that I am experiencing. What my heart feels cannot be expressed in words. The world lost an icon, but I lost my close friend.”