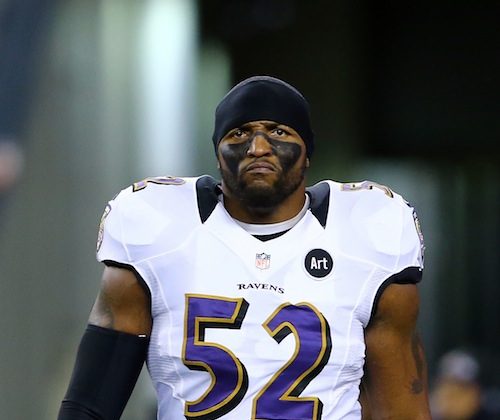 Ravens Should Be Able To Contain Kaepernick

Now that the Harbaugh Bowl is nearly upon us, it’s time to look at the matchup and make a prediction. We’ll start by looking at the Niners.

San Francisco has had quite a transformation under Jim Harbaugh. Just two years into his tenure, the former NFL quarterback had taken former bust Alex Smith and transformed him into a top flight quarterback.

Meanwhile the team, which hadn’t been to the postseason since 2002 under Steve Mariucci, has made it to the NFC title game in both of his seasons.

Now Harbaugh has pulled off another feat, finding mobile quarterback Colin Kaepernick in the second round of the 2011 draft and quickly turning him into a dangerous, two-way threat.

Kaepernick’s controversial insertion into the starting lineup this past season was classic Harbaugh. The blunt head coach decided that Kaepernick’s audition as starter after Smith’s injury was enough to unseat the incumbent—this despite Smith’s 18-for-19 passing performance the week before his injury and his 19–5–1 record as starter the past season and a half.

Kaepernick’s performance after being named the starter had to put a little doubt in the mind of Harbaugh though, even though he had a 5–2 record as a starter, as one of their losses was a 42–13 blowout at Seattle.

Though Kaepernick has been impressive in the postseason with wins against Green Bay and Atlanta, there is not much precedence for a first-year quarterback going to Disneyland after the Super Bowl—especially if he’s going up against a defense like Baltimore’s.

Statistically speaking, Baltimore’s defense was only average this season, finishing 17th in total yards and 12th in total points allowed. But that was with All-Pro linebackers Ray Lewis (10 games missed) and Terrell Suggs (eight games) on the shelf.

Now that the two are back (Lewis leads all postseason players in tackles), the defense is back to being one of the best, shutting down Peyton Manning and Tom Brady in consecutive road playoff games.

This where the matchup problem exists for the Niners. The Ravens with Lewis, Suggs, and Ed Reed look to have enough to defend the the read option and shut down Kaepernick’s rushing ability. Once that happens, he becomes a much more manageable one-dimensional threat with the ball.

While Green Bay let Kaepernick run wild on them (181 yards), the Falcons contained him but suffered a pair of crucial second half turnovers by their own quarterback that cost them the game.

While the Ravens’ defense matches well with the Niners’ offense, Baltimore’s own offense has been awakened by the somewhat unexpected mid-season firing of offensive coordinator Cam Cameron. Apparently not wanting his brother to be the only Harbaugh to make an if-it’s-not-broke-fix-it-anyway move, John let Cameron go despite the team’s 9–4 record at the time.

Whether it was actually a wake-up call for a team that had lost two straight games at the time or it was just to jumpstart the offense, the move has looked good in the postseason, resulting in an average of 30 points per game.

The Ravens should have just enough on offense to get past San Francisco’s tough defense.