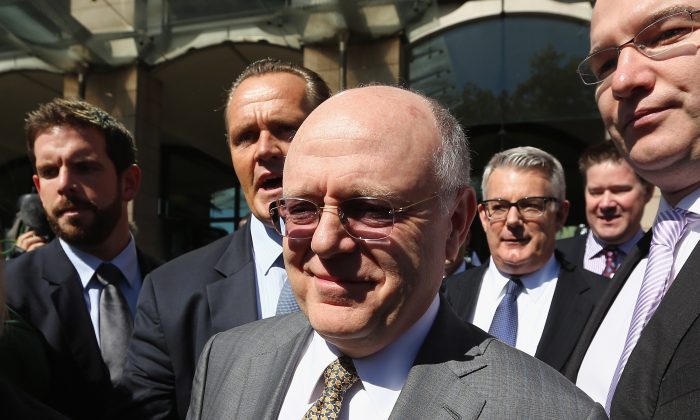 Rather Than Worry About Tax ‘Inversions,’ President Obama and Congress Should Fix the Tax System

Washington has a new corporate scourge: tax “inversions,” through which an American company sells itself to or merges with a foreign firm so that it can avoid paying full U.S. taxes. There’s an easy way to thwart these moves: Cut corporate tax rates and pay for the rate cut by eliminating some of the country’s biggest tax breaks.

Tax inversions made front-page headlines this summer, when Florida-based Burger King announced that it was selling itself to Canadian firm Tim Hortons.

President Obama denounced the move. “If you’re doing business here, if you’re basically still an American company, but you’re simply changing your mailing address to avoid paying taxes, then you’re really not doing right by the country and by the American people,” the president said. Massachusetts Sen. Elizabeth Warren agreed, charging that “these companies are renouncing their American citizenship, turning their backs on this country, simply to boost their profits.”

But despite the strong rhetoric, tax inversions aren’t new. Congress supposedly fixed the problem a decade ago. Remember the 2004 presidential campaign, when Democratic nominee John Kerry branded CEOs “Benedict Arnolds?” He was referring in part to big firms such as Stanley Works and Tyco that had moved their headquarters offshore.

The “fix” fixed little, though. In the 20 years before the 2004 bill was enacted, 29 companies engaged in tax inversions, according to the Congressional Research Service. In the 10 years afterward, that number jumped to 47. And in the past two years, inversions have surged.

“Thirteen inversion deals valued at $178 billion have been announced since the start of 2013,” Fortune reported this month. Proposed transactions include drug maker AbbVie’s purchase of Ireland-based Shire; medical-device firm Medtronic’s proposal to buy competitor Covidien, also based in Ireland; pharmaceutical firm Mylan’s proposed purchase of competitor Abbott Laboratories, based in the Netherlands; and the purchase by semiconductor firm Applied Materials of Tokyo Electron, incorporating a new venture to be based in the Netherlands.

The inversion “fix” failed because Congress can’t control the whole world. As America’s tax code has stagnated, the rest of the Western world has become more competitive.

As Peter Merrill, a principal with the accounting firm PricewaterhouseCoopers, told a Senate Finance Committee panel this summer, “The top U.S. corporate statutory rate, including state tax, is 39.1 percent. This is the highest rate among major economies, more than 14 points above the average for the other Western countries and almost 10 points higher than the average for the other G-7 countries.” Merrill went on to say that since America last reformed its tax system in 1986, “other [developed] countries have reduced the rates by a collective average of 19 points, while the U.S. federal corporate tax rate was increased in 1993 to 35” percent.

By contrast, Ireland’s rate is 12.5 percent, the rate in the Netherlands is 25 percent, and Switzerland’s is 21.1 percent. Even America’s 27.1 percent effective tax rate—which takes into account real-life deductions—is higher than the 23.3 percent effective rate in other Western countries (that is, not China). As the Financial Times notes, AbbVie has said inverting would cut its effective tax rate from 22 to 13 percent; Applied Materials said it could cut its rate from 22 to 17 percent.

Unlike other countries, America levies corporate taxes on a firm’s total income, not just domestic income. Other Western countries have changed with the times. Britain cut its tax rate from 28 percent five years ago to 20 percent starting next year. The move was intended to help Britain compete with Ireland, its low-rate neighbor, but it also made London more attractive to American companies. And in 2009, Japan ceased levying taxes on global corporate income, making the United States one of the few remaining countries to do so.

The high U.S. corporate tax rate has combined with bigger forces to hamper the U.S. economy. After half a decade of cost cutting and broadening their sales abroad, American companies are flush with cash—but $1.9 trillion of it is “stranded” overseas, since bringing it home would mean a tax hit. Relatedly, much of that cash was earned through the sale of ephemeral intellectual property, not valuable physical products, and American companies locate much of their intellectual property in low-tax havens such as Ireland. (In practice, this means that an American arm of a global company pays the global company’s Irish arm a big fee to use a drug patent—with the profit booked in low-tax Ireland, not high-tax America.)

Finally, a half-decade of record-low interest rates allows foreign companies to borrow heavily to complete mergers. One of the key benefits of many tax inversions is that the American part of the firm can borrow from its foreign parent and then deduct the interest on that artificial borrowing from its American profits, thus lowering taxes even further.

What to do? Obama and Democratic senators are pushing a bill that would go further than the 2004 law by raising the requirement for foreign ownership to 50 percent, instead of 20 percent. But Republicans are taking a longer view. “It’s very clear that the solution here is tax reform,” said Wisconsin Rep. Paul Ryan, who looks set to become chairman of the House Ways and Means Committee next year. In the meantime, the Treasury Department has decided to enforce existing laws.

With Congress stalemated, some senators are resorting to bullying. Carl Levin of Michigan and Dick Durbin of Illinois have introduced the No Federal Contracts for Corporate Deserters Act. The bill won’t pass, but the political pressure has already had an impact in Durbin’s home state.

Walgreens said this summer that it wouldn’t pursue an inversion as part of its merger with a U.K.-based drug chain. The firm “had to consider the political backlash,” CEO Greg Wasson told investors. Walgreens gets “a major portion of its revenues … from government-funded reimbursement programs” such as Medicare and Medicaid, he explained. It’s also unlikely that we’ll see inversions from large federal defense contractors, such as Boeing or General Electric. But this type of demagoguery could result in America keeping companies that depend on crony-capitalist federal contracts and losing the ones that don’t.

Companies that depend more on consumers than on the government are less vulnerable to anti-inversion arguments. Ohio Sen. Sherrod Brown suggested a boycott of Burger King in the wake of the Tim Hortons announcement. Realistically, though, the average Burger King customer has no idea about the merger, something that Warren Buffett, whose Berkshire Hathaway is a major Burger King investor, understands. In the higher-end consumer market, Apple and Starbucks have garnered criticism in the United States, United Kingdom, and continental Europe for locating their intellectual property in Ireland and elsewhere to avoid taxes, but that hasn’t deterred customers.

Congress should do what Ryan and other Republicans suggest: pursue genuine tax reform. Despite rhetoric from the Treasury Department, there is no revenue emergency. The Treasury estimates that tax inversions could cost $19.5 billion over 10 years, or nearly $2 billion a year. To put this loss in context, consider that of the $1.9 trillion the government will take in from individual and corporate sources this year, $1.5 trillion will come from individual taxpayers and $400 billion will come from corporate taxpayers. Real tax reform would involve cutting the corporate tax rate to the mid-20-percent range and moving to a territorial system that taxes companies only on profits earned within a country’s borders. This would cost about $120 billion annually.

Congress could make up for the lost revenue by ending special tax breaks amounting to greater than $1 trillion every year. These include $151 billion for tax-free health benefits for American workers, $120 billion for people who make their money from investments rather than wages, $75 billion for homeowners deducting mortgage-interest costs, and $27 billion for people who can sell their houses tax-free. Corporate tax breaks abound, too. To start with, corporations should no longer be able to deduct interest costs from their taxes.

The sign of any genuine, broad-ranging tax reform is that it takes on everyone’s sacred cows—from energy producers to homeowners—and risks making everyone unhappy, because people like their own special tax breaks and no one else’s. So expect politicians of both parties to continue to rail against tax inversions without doing anything about them, since complaining is politically cheaper than acting.