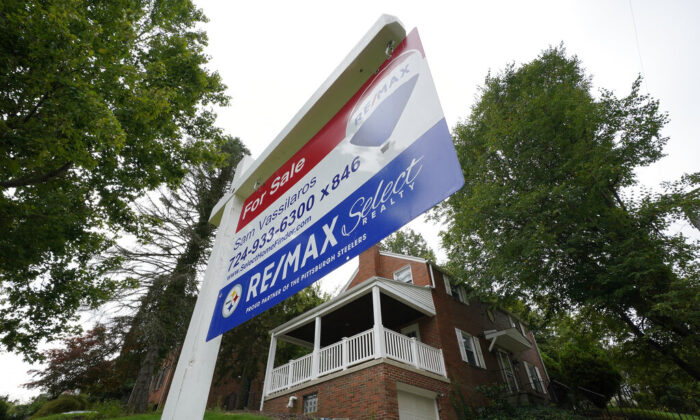 Rate Increases Jeopardize Much More Than Just US Home Ownership

Someone once said that you never actually “buy” a home. Instead, you merely commit to paying an annuity: the mortgage.

That’s largely true. The price and “value” of homes for the overwhelming majority of homeowners is a function of home buyers’ ability to make payments.

And with the Federal Reserve signaling further interest rate increases, home buyers and sellers—and assorted others who use credit—will incur a cumulative chain of effects from those increases.

The low rates of the past several years, together with additional money creation from the Fed and other reckless fiscal and monetary policy, have led to an extraordinary increase in home prices, particularly as a consequence of the CCP virus becoming pandemic.

But if the same mortgage terms were secured on March 24, after the Fed raised the benchmark rate by a quarter-point, when rates spiked to 4.42 percent, the payment would be $1,638.74, which is 49 percent more than in 2020Q2—in just 18 months! In less than three months, the payments have spiked more than 17 percent!

All that is unfortunate for our time-traveling home purchaser.

But it’s even worse for the seller. Let’s assume the time traveler is now selling the home he had bought in 2020Q2 and, for simplicity, let’s ignore any payments he made between then and last week. That means at the closing of the home sale, the seller would be “under water,” owing the mortgage holder nearly $40,000.

All these mortgage computations simply mean there will be a lot of “knock-on” effects in the economy.

Since wages have increased far slower than home prices, and home prices are dependent on the ability of buyers to make payments, we anticipate home prices will fall considerably. We might also find more recent home buyers disillusioned with their purchase and perhaps walking away from their mortgage commitment, leaving their bankers holding the bag. (This happened to a large extent during the mortgage crisis in 2008, although the Dodd-Frank Act purports to have imposed measures that will prevent it from recurring.)

But beyond home values and purchases, these home mortgage payment issues will affect the broader economy.

Before the pandemic, home values were inversely proportional to the distance from city centers; homes were cheaper the farther they were from the city. While that may change somewhat as a consequence of more workers telecommuting, it’s still reasonable to assume the pre-pandemic correlation will largely continue and may even push affordable homes even further from the city center.

With the average cost of a gallon of gas topping $4 and the country still years away from having electrical vehicle recharging infrastructure, that means middle-income working people will be commuting longer and at a higher cost. That will further reduce their discretionary income, so families will have less money to spend on restaurant meals, travel, Christmas spending, and other luxuries.

This will also have demographic effects. Family formation is likely to decrease as middle-income couples will be far less able to afford the enormous costs of rearing children and have less time to participate in parenting. Our demographics—which were already in a bad place before the pandemic—will suffer even more. As a consequence, the generation that would normally come into its own in 2045 or so won’t be nearly as robust as it would otherwise be.

Of all the cumulative effects of the pandemic and the Fed’s management of its balance sheet, this intergenerational effect is perhaps the most pernicious and dangerous, particularly as it will be coming at a time when China has targeted 2050 as the year it plans to surpass the United States.

The reason is found in a demographic lesson from World War I.

Some Americans snicker at our oldest ally, France, as “cheese-eating surrender monkeys” because France fell to the Nazis so quickly in World War II. But as Molly Ivins wrote nearly 20 years ago in a column every American should read, “One million, four hundred thousand French soldiers were killed during World War I. As a result, there weren’t many Frenchmen left to fight in World War II.” The fathers of the sons who would have fought the Nazis in 1940 had been lost in the trenches of World War I a generation earlier.

At a time when our principal adversary—and our potential enemy—China, plans to be coming into the apex of power, the United States will be struggling to fill the ranks of our military and to maintain our economy because family formation will be acutely and adversely affected by reckless federal economic policy that was decades in the making.

Unless the leadership of the nation acts soon to address the looming crisis of Americans’ ability to make home mortgage payments and afford homes, they will continue to endanger our economy, our lifestyles, and possibly even our national security.