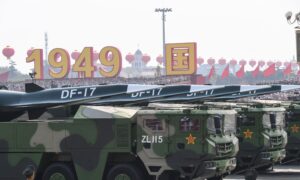 Rat-Meat Ring Busted in China; Tried to Sell it as Mutton

Rat-meat ring busted: A rat-meat producing ring worth more than $1 million was busted up by Chinese police during a crackdown, highlighting the country’s food safety woes.

Authorities also found more than 20,000 tonnes of fake or tainted meat products in connection with the case.

“Rats? How disgusting. Everything we eat is poison,” one user on Weibo wrote, underscoring Chinese netizens’ weariness towards the food situation in the country.

Bloomberg News reported that the rat was being passed off as mutton, which isn’t the first time an adulterated meat product was passed off as such.

Several months ago, a Chinese gang was busted for allegedly processed duck meat with toxic additives and then sold it as mutton, according to state-run media.

As police investigated the gang’s factory, they found duck meat soaked in a stew of chemicals and mutton fat. The meat contained more than 2,000 times the legal limit of sodium nitrite.

“It’s a well-known secret in the industry. Real mutton is too expensive. We can’t earn money if we use genuine meat,” Li Chenquan, a restaurant owner in Shenyang, was quoted by the state-run China Daily as saying.