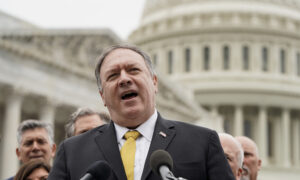 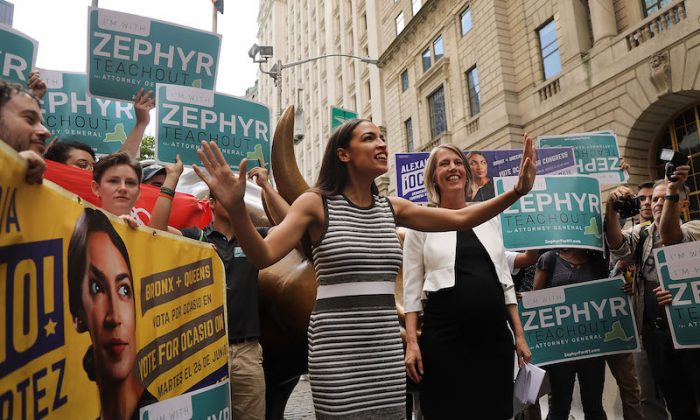 In an “under the radar” result in Michigan, Democratic Socialists of America (DSA) member Rashida Tlaib has won the Democratic primary for Michigan’s 13th Congressional District. Without a Republican opponent, Tlaib is virtually guaranteed a seat in Congress.

In the final days of the campaign, Rashida Tlaib received the support of fellow DSA comrade Alexandria Ocasio-Cortez, the shock winner of the June 26 primary in New York’s District 14 that saw her convincingly defeat senior Democratic incumbent Joe Crowley.

On her campaign Facebook page, Tlaib wrote: “Alexandria Ocasio-Cortez is exactly as you see her … strong, humble and so real. I can’t wait to walk through the halls of U.S. Congress along her side.”

Barring extreme unforeseen circumstances in either campaign, Tlaib will get her wish.

As in Ocasio-Cortez’s campaign, Tlaib beat heavily favored opposition through relentless campaigning, backed by an army of dedicated socialist door-knockers and phone-bankers.

The daughter of Palestinian immigrants, Tlaib will also become the third Muslim ever elected to Congress. She will enter just as her good friend Keith Ellison leaves. He has resigned from his congressional seat to run for Minnesota Attorney General. Like Ellison, Tlaib can draw on nationwide support from both the Marxist and Islamist political communities.

Tlaib, a former Democratic member of the Michigan House of Representatives, only publicly joined Democratic Socialists of America a few months ago, but her radical record goes back more than a decade.

After earning her law degree from the Western Michigan University’s Thomas Cooley Law School in January 2004, Rashida Tlaib began her political career as an aide to leftist Michigan state Rep. Steve Tobocman. In 2008, Tobocman was term-limited, so he encouraged his protege Tlaib to run for his seat. She was elected to the Michigan House of Representatives in 2008, representing the 12th District (Southwest Detroit).

For several years, Tlaib served on the board of the Detroit-based Sugar Law Center. Named in honor of legendary pro-communist labor lawyer Maurice Sugar, the center is an affiliate of the National Lawyers Guild, a nationwide alliance of leftist lawyers originally established by the Communist Party USA.

Sugar Center board members included Julie Hurwitz, a supporter of the Communist Party spin-off organization Committees of Correspondence, and Jeanne Mirer, a onetime president of the decades-old, Soviet-backed International Association of Democratic Lawyers.

Despite this radical background, some Detroit DSA members were a little skeptical when Tlaib addressed their February 2018 meeting to ask for their endorsement.

According to the Detroit Metro Times, “After delivering a 20-minute pitch that checked off quite a few progressive boxes—Tlaib works at the Sugar Law Center for Economic and Social Justice and took on corporate welfare and polluting companies as a state legislator—the membership started firing off pointed questions to gauge Tlaib’s feelings on socialism.”

The article recounts that Tlaib was told by a young woman that “DSA nationally as an organization has been looking to recognize socialist candidates—people who are running as open socialists,” who then asked, “Will you run as a socialist?”

In response, she describes the people on the board of the Sugar Law Center as being comprised of “pretty much socialists,” whom she “loves.”

She is then asked in the article by an older man how she will respond when her opposition calls her a socialist. “I say, if I was, what would be wrong with it?” Tlaib said, according to Detroit Metro Times. “And I explain, the fact of the matter is the labor movement was founded on socialism. … I try to explain that history.”

Clearly, Tlaib passed the test, because shortly afterward she was identified in the Metro DSA’s Facebook page as a DSA member. Many of the local’s 400 members also volunteered for her campaign.

Tlaib is also well connected to the Muslim left, particularly the radical Council on American-Islamic Relations (CAIR). She has attended CAIR events in Michigan and in California.

As a Michigan state representative, Tlaib said of CAIR: “Your fight for those who don’t have the resources to defend themselves is invaluable. The advocacy efforts of your organization are vital to all American Muslims.”

On hearing of her success in Tuesday’s primary, co-founder of CAIR Nihad Awad tweeted his congratulations, calling it a “historic victory.”

“Now Congress will hear from a Palestinian,” Awad said, adding that Tlaib’s victory, along with Somali-American Ilhan Omar’s election to the Minnesota House of Representatives two years ago, is a “rebuke to Trump’s anti-Muslim and racist policies.”

At a March 1994 meeting at Barry University, Awad publicly stated his support for the Palestinian Hamas movement, which has since been officially designated by the U.S. State Department as a terrorist organization.

Awad also proclaimed that he had been the U.S. president of the General Union of Palestinian Students, the U.S. affiliate of another officially designated terrorist group, the Palestine Liberation Organization.

The General Union of Palestinian Students was also affiliated for many years with the Soviet-controlled international youth front World Federation of Democratic Youth.

A Marxist-leaning, pro-Palestine radical is about to enter the U.S. Congress. To which congressional committees might she be appointed? Homeland security? Intelligence? Foreign affairs? Education? Judiciary?

If members of Congress had to undergo security background checks to serve on sensitive congressional committees, it’s likely Tlaib would run into all sorts of problems.