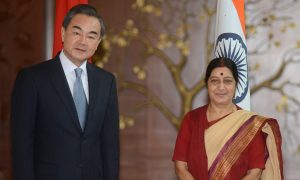 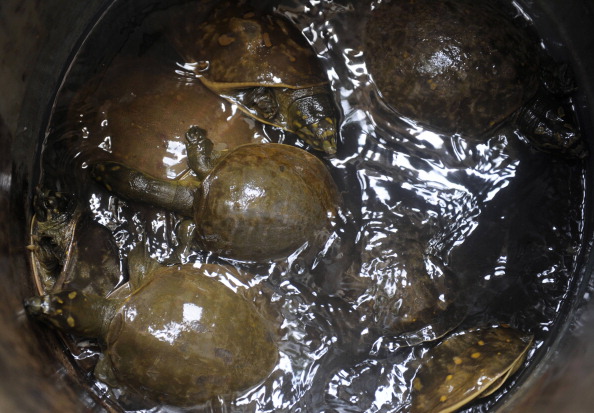 Rare Turtle Shows Up in Lake in India

The municipal workers clearing the Rajindra lake in the midst of Patiala city of Punjab in northern India were in for a surprise when they accidentally found a rare and endangered turtle in one of the busiest roads of the city.

The 70-year old reptile was rescued and then sent to the Chhatbir zoo near Banur town where senior wildlife officials confirmed that it was a soft shell fresh water turtle, a species that is now rarely found in the Indo-Gangetic plains. Soft Shell fresh water turtles have been declared as vulnerable under Schedule I of Wildlife Protection Act.

Munish Kumar, the field director of the Chhatbir Zoo said, “To ascertain its sub-species, we may need to conduct its DNA analysis. After we received the turtle on October 25, we are studying its habits and behaviour.”

The fact that surprised the most about the turtle’s discovery at the lake was it managed to reach the lake in a busy locality and stay there inconspicuously. The lake is partially dry and not been receiving any fresh water since the past 13 years. It was therefore not an ideal home for the turtle in spite of which it did survive here.

Amrinder Singh Bajaj, the mayor of Patiala, explained that earlier, the lake received water through a stream from Bhakra main line (BML). But in the 1980’s the lake dried up. Since then intermittent attempts were made to continue the water supply to the lake, first in the 1990’s and then again in 2001. However it was discontinued a couple of years after 2001. Now the municipal workers had been cleaning the supply line from the BML canal again to revive the lake.