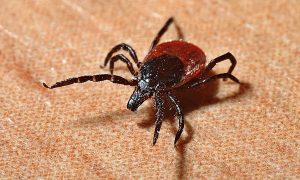 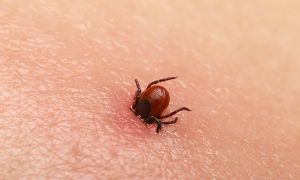 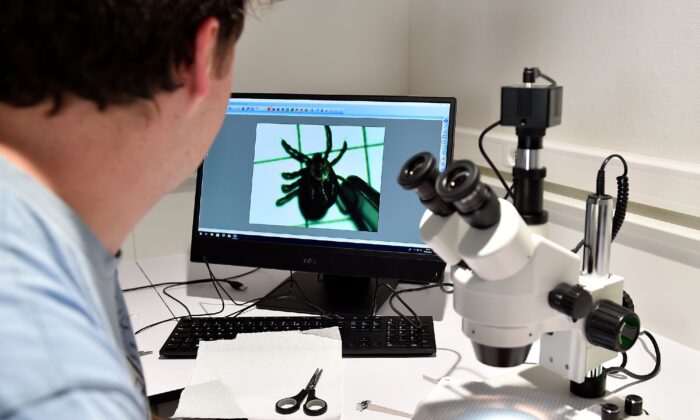 A confirmed first case and a probable second-ever case of two rare tick-borne diseases have been acquired in the UK, with both affected people being transferred to hospital for treatment, Public Health England (PHE) announced on July 31.

Babesiosis is carried by ticks that have fed on infected rodents or livestock such as deer and cattle. Infected ticks then bite and embed into people’s skin, setting up a pathway for the disease to infiltrate into the blood stream.

“It is important to emphasise that cases of babesiosis and TBE in England are rare and the risk of being infected remains very low. Lyme disease remains the most common tick-borne infection in England,” Katherine Russell, consultant in the emerging infections and zoonoses team at PHE, said in a statement.

PHE said that they had conducted blood tests from deer in Hampshire where the person who has possible TBE lives.

They also collected hundreds of ticks, all testing negative for the parasite causing babesiosis, from Devon, near where the babesiosis sufferer lives.

The disease-causing bacteria are in the tick gut and, during feeding, pass to the tick salivary glands, PHE told The Epoch Times in an email.

“This is when the bacteria can be transmitted to humans. This process can take between 12–24 hours, so prompt removal of ticks will reduce the risk of acquiring infection.”

Though most cases of babesiosis are asymptomatic, some people suffer a range of flu-like symptoms including raised body temperature, tiredness, muscle fatigue, and sometimes yellow jaundice, making their skin and the whites of their eyes yellow.

Due to a varying incubation period, babesiosis symptoms may not appear until weeks or even months after the actual infection has occurred.

Sometimes described as “malaria-like,” babesiosis, for which there is no vaccine, is identifiable by blood microscopy and treated with quinine and antibiotics.

Some cases, however, that involve the lungs or kidneys can be extremely severe and even fatal.

Among the most at risk are those who already have compromised immune systems, explained the European Centre for Disease Prevention and Control (ECDC).

TBE, according to the ECDC, has similar flu-like symptoms to babesiosis in the early stages, but affected people can also experience nausea and headache.

The diagnostic test for TBE is lumbar puncture and analysis of the cerebrospinal fluid.

Though there is a vaccine against it in countries where it is endemic, there is no specific treatment except hospitalisation and supportive management for severe cases.

Specific management is based on how unwell the person affected is.

“Ticks are most active between spring and autumn, so it is sensible to take some precautions to avoid being bitten when enjoying the outdoors. Seek medical advice if you start to feel unwell after a tick bite,” Russell said.

Keeping to paths when out walking in woodland and long grass, and wearing protective clothing with long sleeves and trousers tucked into socks so that ticks have less opportunity to invade the skin are also preventive measures.

PHE recommends inspecting the body for ticks after outdoor activities and, if you find a tick on your body, using tweezers or a special tick removing tool that many outdoor shops and pharmacies stock.

“Grasp the tick as close to the skin as possible and pull upwards slowly and firmly. Once removed, wash your skin with water and soap, and apply an antiseptic cream to the skin around the bite,” PHE advises.