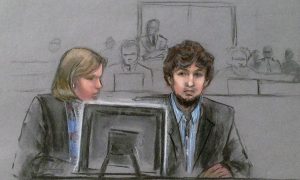 University of Dayton campus in Ohio. (Cfullam/CC BY-SA 3.0)
US

Anyone with symptoms is placed in isolation for 5 days, according to Shawn Robinson, UD’s Associate Director of Media Relations. The symptoms include headache, loss of appetite, and low-grade fever. The swelling of the salivary glands or the glands below the ear are also common.

Isolation means separating affected people from those not sick, as opposed to quarantine, which separates and restricts movements of people who were exposed to the disease, regardless of whether they are sick at the moment, according to the Center for Disease Control and Prevention (CDC).

“We are working closely with public health officials and notifying the campus community out of an abundance of caution,” the university’s April 27 press release states.

Mumps is a virus that spread via droplets of saliva or mucus. It can also spread by touching, for example, when the infected person touches something without washing their hands, and then somebody touches the same thing and rubs their nose or mouth.

Mums have usual incubation period of 16 to 18 days, though it can be as long as 25 days, according to CDC. That means one can be infectious for a few days without showing any symptoms.

While the mumps is usually mild for children, it can sometimes lead to complications in adults or children after puberty. The complications are rare—about 3-10 percent for males and less than 1 percent for females are affected. They include inflammation of reproductive organs and breasts (in females) and in rare cases can lead to male sterility. Very rarely, in less than 1 percent of cases, mumps can cause inflammation of the brain, pancreas, or deafness.

Mumps outbreaks have recently also been reported at Harvard University with 42 cases, Eastern Illinois University with 10 cases, and Sacred Heart University in Fairfield, Conn., with 8 confirmed cases. CDC has 467 mumps cases on record this year, as of April 1.