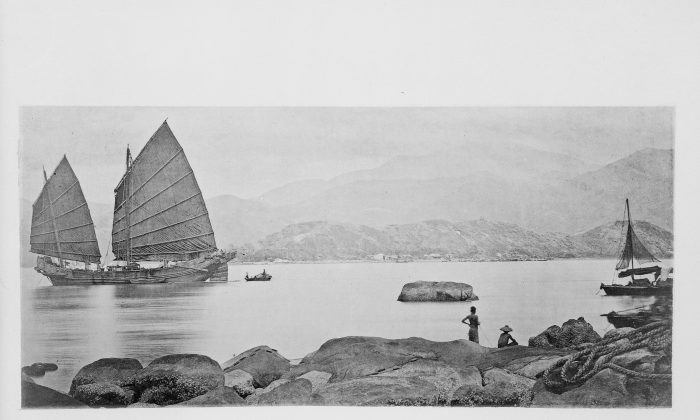 Several years ago, a chance encounter with a large stack of heavy glass photo negatives in London kindled curator Betty Yao’s love affair with the work of a legendary Scottish photographer.

She requested a six-month leave from her job, but never went back.

Now more than 900,000 visitors have seen the unexpected beauty of John Thomson’s 150-year-old photos of China at 19 museums around the world. From Oct. 22 to Dec. 10, the exhibition will be available for free for those in the Los Angeles area at California State University–Northridge (CSUN).

The photographs give a rare glimpse into both northern and southern China from 1868 to 1872, with landscapes and portraits of a wide range of people and places, including Beijing, Shanghai, and the Yangtze River. Using 21st-century technology, the glass negatives were scanned and reproduced with stunning quality and scale. Some of the photos are even life-size.

“The glass negatives are so incredibly well-preserved,” Yao said in a phone interview. “This is very unusual, because through the 150 years at any point they could have been damaged or thrown away.”

Thomson was introduced to photography in the days of its infancy in the mid-1800s while working as an apprentice at a lens-making company, and at the same time studying classical Western art at night school.

He later followed his older brother to Asia and became a professional photographer, operating photo studios in Singapore and Hong Kong, taking photos of the King of Siam from the popular musical “The King and I,” and becoming the first photographer to document the famous Cambodian temple Angkor Wat.

But it was not until he spent his savings on a personal expedition through China that the magic truly began.

“It’s a combination of his great personal interest in Chinese people and Chinese culture and his technical ability, mastering this very new art of photography, and the fact that he self-funded [and] he was able to travel quite far and wide,” said Yao.

Thomson’s classical Western art classes also clearly influenced his work during this time, giving the photographs a “painterly quality,” according to Yao.

“He was really thinking of how best to present them in a very beautiful and artistic way,” she said.

Thomson’s work could be considered a precursor of photojournalism, a concept that didn’t yet exist at that time.

Also impressive is the extraordinary effort it took to take even one photograph during this period of time in history. Thomson needed to drag his heavy, wooden camera equipment everywhere he went, along with the glass negatives and a mobile dark room with trays of toxic, flammable chemicals. If the images were not developed immediately after they were exposed to light, the images would disappear.

“It just demonstrates that Thomson had a real empathy toward the people,” said Yao.

Upon returning to the U.K., he was given the nickname “China Thomson” and gave many lectures as well as published books on China.

Yao said that visitors to the CSUN exhibition who know a lot, a little, or nothing about China will all be able to enjoy the photographs and see the details of different traditional styles of clothing, jewelry, and hairstyles, as well as the architecture from different parts of China. It’s an important collection of historical photographs that’s rare to see even in China.

“I think his portraits are really stunning,” said Yao. “You can see these faces and look at their eyes, and they’re looking at you, and it’s just quite amazing.”