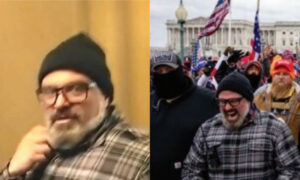 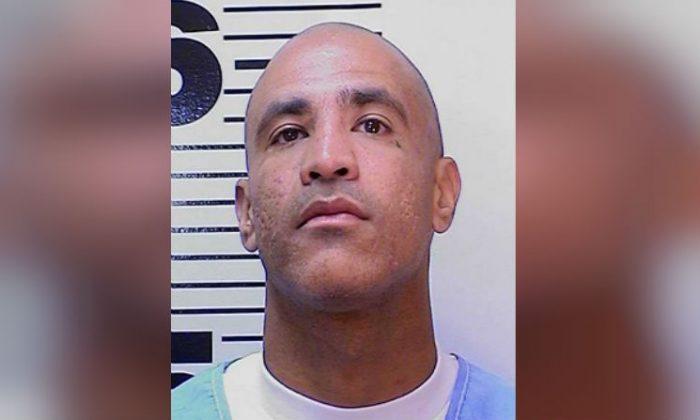 Death row inmate Luis Rodriguez, 34. Corrections spokeswoman Terry Thornton says Rodriguez is the suspect in the stabbing death of fellow condemned inmate Jonathan Fajardo, 30, who was stabbed to death in the chest and neck with an inmate-made weapon on Oct. 5, 2018. (California Department of Corrections and Rehabilitation via AP)
Crime and Incidents

SACRAMENTO, Calif.—One condemned inmate killed another on Oct. 5, the first slaying of a death row inmate in California in more than 20 years, officials said.

Jonathan Fajardo, 30, was stabbed in the chest and neck with an inmate-made weapon in a recreational yard of the cell house that holds the bulk of condemned inmates at San Quentin State Prison, said corrections department spokeswoman Terry Thornton.

Luis Rodriguez, 34, is considered the suspect, she said. Investigators were trying to determine a motive and how he obtained or was able to make the weapon, she said.

Such slayings are common in California prisons but rare on death row, where the last one occurred in 1997.

There is high security on death row, were every inmate is housed separately but most are allowed to congregate in small groups in the exercise yard where Fajardo was killed, Thornton said.

Aside from the higher security, Smith said that statistically, prisoners serving life sentences and “folks who are on ‘the row’ generally have the lowest levels of prison violence, even though it would seem that they might do anything because they have the worst penalty. In fact, they actually have very, very low incidences of violence in prison.”

Fajardo was awaiting execution on two counts of murder in Los Angeles County in what was considered a hate crime. He also received seven life sentences.

He was identified as a Latino gang member who killed a 14-year-old black girl in a racially motivated shooting. He was also condemned for the stabbing death two weeks later of another man. Prosecutors said he was killed because fellow gang members believed he might be cooperating with police.

Rodriguez is awaiting execution on two counts of murder, also from Los Angeles County. Local media reports identified Rodriguez as a member of another Latino gang convicted of killing two men from a rival gang. He was already suspected of another murder that resulted in a life sentence.