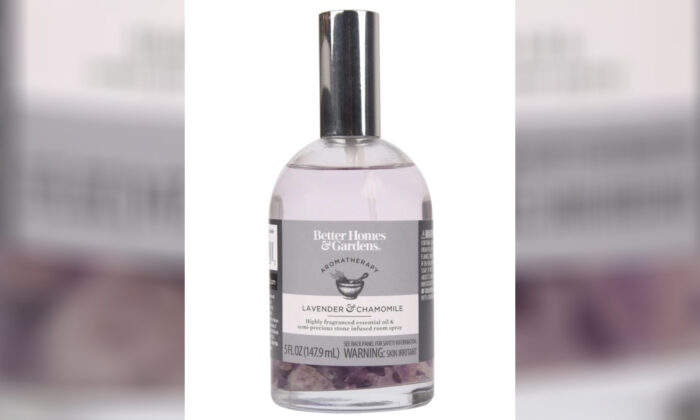 The Centers for Disease Control and Prevention (CDC) announced Friday it identified a rare and deadly bacteria in an aromatherapy spray that was sold a Walmart stores. Walmart has since recalled the product.

The spray was found on Oct. 6 at a home in Georgia. A resident of the home became ill in late July with a rare bacterial disease called melioidosis, also called Whitmore’s disease.

The person was among four people who became sick earlier this year due to the same type of bacteria, the CDC noted. The agency is trying to see whether the other three patients may have also used the same or similar products. Two of the four people died.

The aromatherapy spray was made in India.

The spray was sold for about $4 at about 55 Walmart stores as well as the company’s website between February and Oct. 21, the day Walmart pulled the spray from its shelves and website.

Melioidosis, a rare disease, is hard to diagnose and can be fatal. It causes multiple symptoms that can be mistaken for common illnesses like a flu or a cold. Person-to-person spread is rare. The United States sees about 12 cases reported annually.

“Investigation continues into whether other related scents and brands may pose a risk,” the CDC said.

Anyone who has this aromatherapy spray in their home is recommended to stop using the product immediately, the CDC advised.

The CDC instructs people to not dispose of the product or throw it in the regular trash, but to double bag the bottle in clear zip-top resealable bags and place it in a small cardboard box, and return the bagged and boxed spray to a Walmart store, the CDC said.

The CPSC said that customers will receive a $20 Walmart Gift Card upon returning the product.

Any sheets or linens that the spray was used on should be washed using normal laundry detergent and then be dried completely in a hot dryer, the CDC said, adding that bleach can be used if desired.

People should also wipe down any surfaces that might have the spray on them, using undiluted disinfectant such as Pine-Sol.

The CDC advised anyone who may have used the spray in the past 21 days and experienced fever or other symptoms, to seek medical care and tell their doctor they were exposed to the spray.

“If you do not have symptoms but were exposed to the product in the last seven days, your doctor may recommend that you get antibiotics (post-exposure prophylaxis) to prevent infection,” the agency noted.

“Our hearts go out to the families that have been impacted by this situation,” said Inger Damon, the director of CDC’s Division of High-Consequence Pathogens and Pathology, which manages melioidosis.

“We at CDC have been very concerned to see these serious related illness spread across time and geography. That is why our scientists have continued to work tirelessly to try to find the potential source for the melioidosis infections in these patients. We hope this work can help protect other people who may have used this spray.”

The scents and product numbers concerned are: