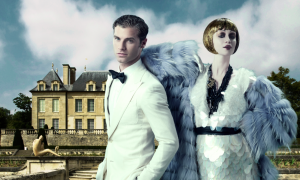 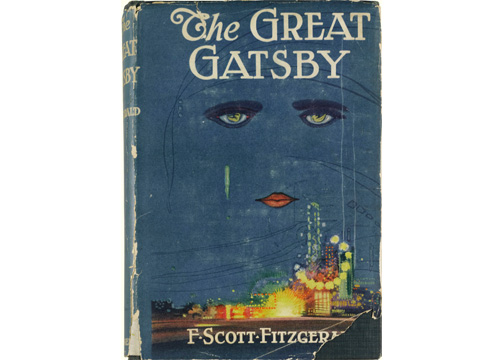 This image released by Sotheby's auction house on Thursday May 23, 2013, shows a first edition of F. Scott Fitzgerald's masterpiece "The Great Gatsby". The 1925 novel, which tells the story of millionaire Jay Gatsby's passion for the effervescent Daisy Buchanan, has a pre-sale auction estimate from $100,000 to $150,000. (AP Photo/Sotheby's)
New York

Rare Copy of The Great Gatsby at Sotheby’s

NEW YORK—As the latest edition of The Great Gatsby hits theatres, an important first edition of the F. Scott Fitzgerald book will be auctioned off at Sotheby’s New York.

The copy is predicted to fetch $100,000-$150,000 at the June 13 auction—a far cry from the paltry sales the book received when it was originally printed in April 1925. Fitzgerald died in 1940, and following World War II the book gained immense popularity. Today it is among required reading for many high school students across the United States.

The book’s cover features an iconic Art Deco image designed by Xavier Cugat’s brother Francis: a pair of eyes in the sky with a single tear falling over a skyline with bright city lights.

The first edition copy once belonged to critic and author Malcolm Cowley, who had an affinity for Firzgerald and was partially responsible for the revival of The Great Gatsby following Fitzgeralds death.

The Books and Manuscripts sale will also include other Fitzgerald material including a group of letters and poems. One of the letters was to the host of a dinner party where Fitzgerald apologized to a host for being inebriated at a party.