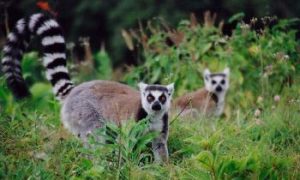 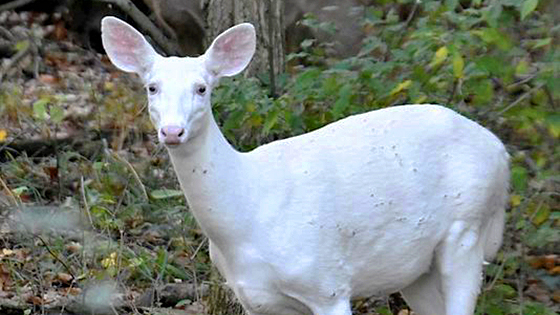 For almost a year, Michigan photographer Lou Waldcock and his friends kept a secret—they had found Snow White.

Lou Waldock, 64, and his friends had spotted a very rare blue-eyed albino deer in Michigan’s Kensington Metropark, about 25 miles northwest of Detroit. They named it “Snow White.”

They saw the deer soon after birth but kept their lips sealed because they didn’t want the fawn to be harassed, Waldock told Fox News.

Waldock visits the park so often he knows the month of her birth.

“She was born in May last year. She was one of three triplets. Two were brown. I see her just about every morning,” Waldock told the Detroit Free Press.

Waldock and his friends weren’t the only ones keeping an eye on the exotic animal.

“We’re pretty sure she’s a doe. She’s a little small, but this is her first year, and she got through the winter just fine,” he said.

According to the website ProtectTheWhiteDeer.com, naturalist John Bates, co-author of “White Deer: Ghosts of the Forest” said, “The chances of an albino deer being born are about 1 in 20,000. Other sources say the odds are closer to 1 in 30,000.”

The rare deer is so unique and so beautiful that some people get out of their cars and try to approach her—exactly what Waldock had feared.

“I’ve yelled at people, ‘Stay in your car.’ People can get very nice photos from inside their cars. But if you chase her, that stresses her and she can’t chew her cud,” he told the Free Press.

Mick McDonald, 48, and his fiancée, Karen Illinik, both of Brighton, Michigan, were driving past the park at about 3:30 p.m. on Saturday, March 31, when Illinik spotted the unusual creature. McDonald pulled over to video the exotic creature—from a respectful distance.

“I hope people see this and appreciate how beautiful this animal is. I hope nobody thinks to hunt it and just stick it on a wall,” McDonald told the Free Press.

Snow White is safe from that fate—so long as she stays on park grounds, where she is protected by law.

“We want to stress people not to chase her. If you see her stay in your car,” Waldock told Fox News.”Our biggest fear is we don’t want to make her scared of people or drive her out into traffic or out of the park where she could get killed.”