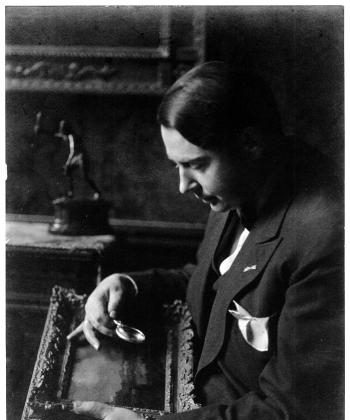 GREENWICH, CT—A rare exhibit now on display at a Connecticut museum offers a glimpse into a world of art reclaimed from the Nazis. The exhibit represents just a portion of works that were are part of an extensive collection that once belonged to Dutch art collector Jacques Goudstikker and his family.

The exhibit, Reclaimed: Paintings from the Collection of Jacques Goudstikker, includes rarely seen pieces from Old Masters’ works and other paintings. The exhibit, housed at the Bruce Museum in Greenwich, CT, includes thirty-eight of the finest pieces carefully selected from the recovered collection.

Goudstikker was the preeminent art dealer in Amsterdam between the First and Second World Wars. He and his family, who were Jews, were forced to flee Amsterdam as German forces advanced on Europe. The exhibit aims to showcase his discerning eye and emphasize the importance of the artwork and their historic restitution to the family.

As the Goudstikker family fled by ship to the United States, their assets—which included the rich art collection—were raided by the Nazis. The infamous Reichsmarschall Herman Goering, second in command in the Third Reich, had an insatiable desire for collecting art. He seized the Goudstikker collection in the family’s absence through a forced auction at a fraction of the collection’s actual value. The remainder of the collection was taken by Goering’s longtime associate, Alois Miedl.

Jacques did not survive the voyage to the United States that he made with his wife, Desi and son Edo, but his wife salvaged a small book with detailed notes about the art collection. The book would later play a critical role in recovering the lost pieces when Edo’s widow initiated the process to reclaim the artwork to the Goudstikker family in 1997. It took over eight years, but in 2006, the Dutch government restituted 200 paintings that Goering had looted to the Goudstikker family. Several of the pieces now on display were sold to private collectors to help cover the costs of the long legal battle.


The current exhibit at the Bruce Museum in Greenwich, CT, will be on display through September 7. It will later move to The Jewish Museum in New York City from March 19 through August 2, 2009.

Getting to the Bruce Museum:
One Museum Drive
Greenwich, CT 06830-7100
www.brucemuseum.org