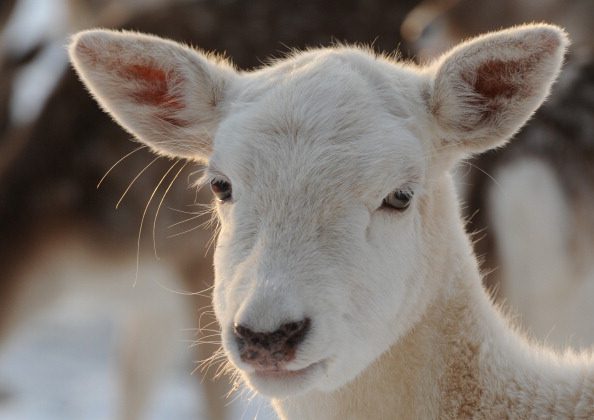 An albino deer, not the one pictured, was shot dead by a hunter in Wisconsin on November 18, 2017. (Angelika Warmuth/AFP/Getty Images)
US News

A hunter accidentally shot a rare albino deer on Nov. 18, the opening day of gun-deer season in Wisconsin.

Lieutenant Tyler Strelow of the Wisconsin Department of Natural Resources said the 19-year-old hunter turned himself in near Albany as soon as he saw what he had shot.

The youth said that he saw a brown patch on its head and assumed it was a legal target.

Lt. Strelow told WQOW that the deer was a true albino. It had pink eyes and white hooves. The deer had acquired a brown forehead by rubbing its antlers against trees.

DNR conservation warden Richard Rosen said, “What we appreciate was the fact that as a sports person he stepped up to do the right thing, he turned himself in, he wanted to make every effort to do the right thing under the circumstances, and we are very proud of those people who find themselves in a situation where they are misinformed or make a mistake,” according to Wisconsin ABC affiliate WTMJ.

The hunter was given a warning.

The incident happened in Pepin County about 185 miles northwest of the state capital, Madison.

The DNR confiscated the deer. The meat was sent to Gunderson Food to be processed.

The rest of the carcass was donated to the Mondovi Conservation Club, where it will be mounted and used as an aid to teach hunter safety.

Only one out of every 20,000 deer is albino. Because of their rarity, the animals are protected and they are illegal to hunt.

In April 2016, a man videotaped three albino deer foraging around some cabins in Vilas County in far north central Wisconsin.

In a similar incident in 2014, an 11-year-old boy shot an albino deer in Michigan, according to CNN.