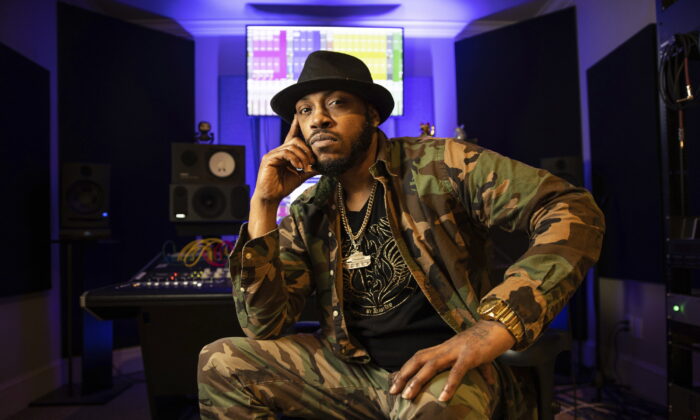 GONZALES, La.— A Louisiana judge has refused to set any bond for rapper Mystikal, who is accused of raping and choking a woman at his home outside Baton Rouge.

State District Judge Steven Tureau ruled on Tuesday that evidence against 51-year-old Michael Tyler, his past history, and the victim’s fears met the standard for holding him without bail, The Advocate reported.

Tyler served six years in prison after pleading guilty in 2003 to sexual battery. In December 2020, prosecutors in Caddo Parish, in northwest Louisiana, dropped rape and kidnapping charges that had kept him jailed for 18 months.

He was not convicted of other charges, including marijuana possession and misdemeanor domestic violence, that had been brought against him since the mid-1990s, the newspaper reported.

Defense attorney Roy Maughan Jr., who had asked for $250,000 bond, maintained that Tyler is innocent of the most recent charges, including rape and domestic abuse battery by strangulation. But he told the newspaper after the hearing that Tyler probably won’t appeal the bond ruling.

Maughan tried unsuccessfully to get the court record to reflect that Tyler made all of his court dates in those cases and, as a celebrity, would have a hard time evading capture if he fled. He had been released on $3 million bond in February 2019, nearly two years before the Caddo Parish charges were dropped.

Mystikal, who grew up in New Orleans and now lives in Prairieville, is accused of attacking the woman, taking her keys, and holding her against her will, according to an arrest warrant.

Sheriff’s Detective Garrett Keith testified Tuesday that the woman went to Tyler’s home about 8 p.m. Saturday to talk about alleged financial commitments he had made to her.

He said the woman reported that Tyler’s behavior changed abruptly after he went into the bathroom and returned: He accused her of stealing cash, choked her, and pulled out her hair, Keith testified.

Tyler later apologized, prayed with her, and threw rubbing alcohol on her to cleanse her “bad spirits” before raping her, Keith testified.

Maughan’s cross-examination tried to show that the prayer and apology indicated that things were calmer and the woman wasn’t afraid, the newspaper reported.

Keith later told prosecutors that the woman was “praying for her safety” and didn’t know what Tyler said.

The woman was cut and bruised, and deputies found some of her braids, an earring, and a broken nail in the house, the detective said. Some wounds were consistent with rape, he said.

Maughan also cross-examined Keith about whether and how the woman had objected to sex. Keith quoted her as saying Tyler’s threats had made her afraid to object at first, but she later clearly told him “no.”