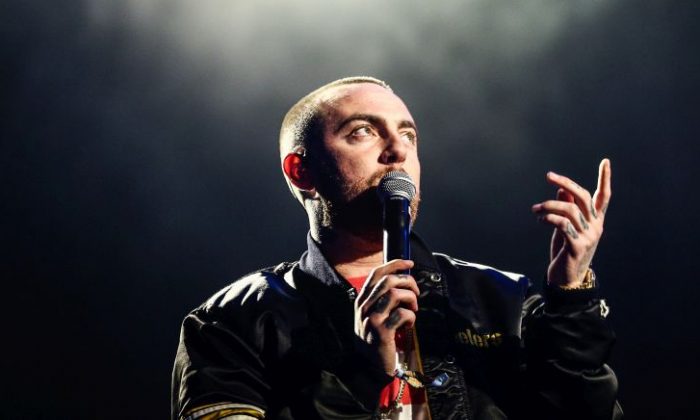 Rapper Mac Miller died at the age of 26 of an apparent overdose, according to TMZ.

TMZ reports the rapper died on the afternoon Sept. 7. The Los Angeles Police Department said that officers “responded to a death investigation” near the artist’s home in Studio City, according to E! Online.

“We’re told authorities were alerted by a male friend who placed a 911 call from Mac’s home,” TMZ reported.

Other reports, including one from People magazine, indicated that he overdosed.

Miller had struggled with addiction problems for most of his life, especially following his breakup with singer Ariana Grande. He also had a number of songs dedicated to his struggles with drugs.

Several months ago, Miller wrecked his car, and he was also arrested for a DUI and hit and run.

Grande tweeted at the time: “Pls take care of yourself.”

Grande then added: “I am not a babysitter or a mother and no woman should feel that they need to be. I have cared for him and tried to support his sobriety & prayed for his balance for years.” She added, “Of course I didn’t share about how hard or scary it was while it was happening but it was.”

Other details about the rapper’s death are not clear.

His latest album, “Swimming,” was released in August. He was reportedly slated to start a new tour in several weeks.

“I have people that care about me and fans that love my music and it’s a beautiful relationship with them — people who have been with me through being a 19-year-old wide-eyed kid to being a self-destructive depressed drug user to making love music to all these different stages. Then they see something like that and they worry,” he added. “So your first reaction is, ‘Let me tell them I’m cool.’”

A number of celebrities expressed condolences after news of his death broke.

“I dont know what to say Mac Miller took me on my second tour ever. But beyond helping me launch my career he was one of the sweetest guys I ever knew. Great man. I loved him for real. Im completely broken. God bless him,” said Chance the Rapper on Twitter.

“Mac Miller was an exceptionally gifted young artist. We were so lucky to have him join us at SXSW. Our thoughts are with his family, friends, and fans,” according to SXSW on Twitter.

Videos of the Day: