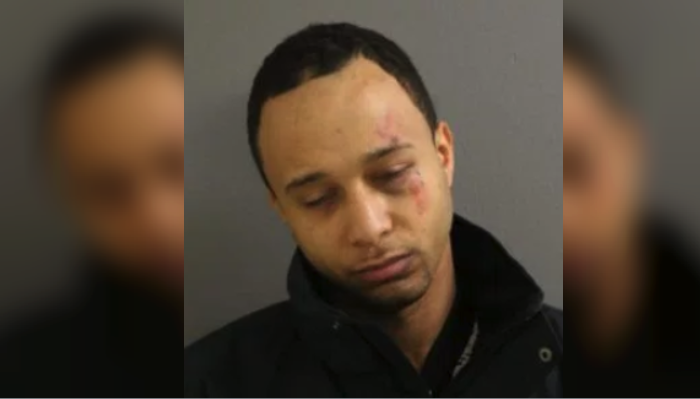 Aspiring rapper Ricardo Burgos was sentenced to more than 15 years in jail after posing in a music video with guns. (Chicago Police Department)
Crime and Incidents

Rapper Gets 15 Years Jail for Brandishing Guns in Music Video

A Chicago rapper has been sentenced to more than 15 years in prison after flashing guns in a music video.

But being convicted of a felony, Burgos was prohibited from possessing firearms.

Prosecutors said the video was recorded in a hotel room in the Chicago suburb of Deerfield, Illinois, in January 2016. After the footage found its way into the hands of the authorities, an investigation was launched and Burgos was arrested on Jan. 8.

Prosecutors said that one of the guns in the video was a .45-caliber semi-automatic pistol used in a shooting in Chicago before the video was recorded.

According to CBS, Burgos had it on him in the West Side Austin neighborhood where he was arrested a short time after filming the video.

Investigators later learned that the gun had been stolen from a store in Indiana.

Burgos entered a guilty plea at his trial in Chicago federal court on Tuesday, Jan 30, to the following charges: one count of illegal possession of a firearm by a felon and one count of distribution of a controlled substance.

The drug count stemmed from a 2015 charge that the accused allegedly sold crack and heroin to undercover police.

Burgos was sentenced by U.S. District Judge Ronald A. Guzman to 188 months in prison.

The rapper is currently incarcerated at the Metropolitan Correctional Center in Chicago, according to the Federal Bureau of Prisons records.