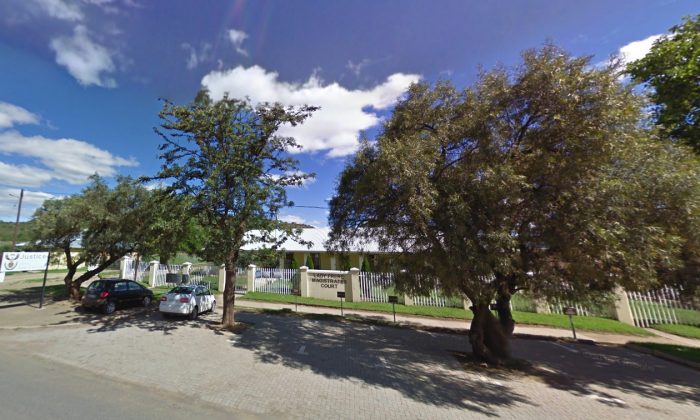 Known only as ‘Lion Mama’, the woman who attacked three men with a kitchen knife when she caught them raping her daughter, says that justice has been done after jail sentences were handed to the two survivors.

The judge in South Africa held back from handing out the maximum possible life sentences, instead sentencing the pair to 30 years in total. The serious knife injuries they received at the hands of the victim’s mother had already taught them a lesson, he said.

The woman, who cannot be named for legal reasons, was arrested and charged with murder in September 2017 after admitting to killing one man and injuring two others when she burst in on them gang-raping her 27-year-old daughter.

The case, in the country’s Eastern Province, caught the public attention and whipped up public ire on social media. After a public campaign that raised nearly $12,000 in legal fees, the charges against her were dropped, but not before she had been given a suitable moniker: Lion Mama.

The woman, 57, was preparing a meal at her home in the village of Zwartwater on Sept. 1, 2017 when she received a phone call telling her three men had snatched her 27-year-old daughter and dragged her into a building two miles away.

She tried to contact the police, but in vain. Snatching up the knife she had been using to prepare the vegetables, she started to run the two miles to the house.

‘I Would Have Thrown Myself at a Lion’

“About 100 meters from the house I could hear my daughter crying,” she later told local radio, reported IOL. She went in to find them raping her daughter.

Flashlight in hand, she challenged them.

“The first came running in my direction. I was frightened and I moved out of the way and, while pulling my knife out, I stabbed him. The second one I struggled with. I fell to the ground on my knees, but by God’s grace, he tripped over a chair and fell, and I stabbed him too.”

She said that the third man tried to escape through a window. “I chased him into another room and stabbed him too. He fell on his face.” she said.

One man, Zamile Siyeka, died at the scene and other other two were hospitalized.

Two rapists who were caught in the act and stabbed by the mother of their victim, dubbed Lion Mama, were sentenced to 30 years in prison.

Speaking after the sentencing of the two surviving rapists, she said, “I am happy about the judgement and relieved. All I want is for people who do wrong to be punished.”

“The truth finally came out and even if it was my own child who had done a serious crime then I would want them to get punished for doing something wrong,” she said, according to News 24.

“All I wanted to do was protect my daughter and when I answered the call from her friend I didn’t want to believe she was being raped and hoped it was a mistake.”

“I would have thrown myself at a lion to protect my daughter and I am sure many mothers would have done the same. I hope this is a lesson people learn from.”

Her identity cannot be revealed in order to safeguard the identity of her daughter.

Last year, South African police recorded over 40,000 rapes—an average of 110 per day. With a population of just 49 million, this means South Africa has the highest rate of rapes in the world.