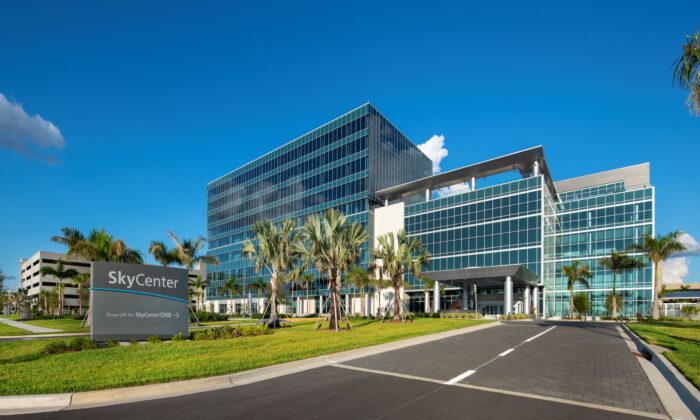 Florida tech entrepreneurs Linda Olson and Brian Murphy, independently but together in spirit, faced a giant obstacle 15 years ago: they sought to start and quickly grow tech organizations in Tampa, a city on Florida’s Gulf Coast known more for cigars and Cuban sandwiches than gigabytes and cloud-based software.

And in the business community, Tampa was most prominently known for the important, albeit boring backstop any company needs—call centers.

Now Olson and Murphy are key players in a Tampa Bay expansion.

But the work of people like Olson, Murphy, and dozens of others is why the city of Tampa has been making noise in the tech industry, from startups to established companies.

According to a recent report from Revolution and Rise of the Rest, an investment fund and project backed by AOL founder Steve Case, at least 20 companies in Tampa have received capital in early-stage rounds each year from 2017-2020.

Notably, the funds for local companies are on the rise.

In 2011, Tampa companies won some $11 million in seed and early stage funding.

“We are finally hitting our stride now,” Olson said. “We have a lot of momentum and people are continuing to say ‘what am I missing?’ by not being here.”

A native of St. Pete Beach, Olson worked in town for a bit, went to Boston, and then came back in 2007.

Now she’s CEO of Tampa Bay Wave, a pioneer in the region for launching a tech co-work space, incubator for startups and accelerator programs, long before it was cool.

“The gap [back then] was way bigger than I expected,” Olson said. “There was no community of tech startups. I couldn’t find my peers. That’s why I started Tampa Bay Wave.”

Murphy, meanwhile, founded cybersecurity firm ReliaQuest in Tampa in 2007. That company is now a global leader in cybersecurity, with a client list that includes the Boston Celtics and Southwest Airlines.

With significant backing from investment giant KKR, ReliaQuest is now valued at more than $1 billion and in 2021 the firm surpassed $100 million in annual recurring revenue.

“We have all the elements in place here,” Murphy said. “Investors are now willing to get on a plane and come to Tampa no questions asked any day of the week—and twice on Sundays.”

Murphy cites not only investors and the city’s growing talent pool as success markers, but also the connected elements that have risen along with the companies.

“Now you don’t have to leave town to get that kind of support,” Murphy said.

The next challenge, he added, is to push forward with the momentum and get “multiple companies to real scale, with hundreds of millions of dollars in revenue.”

A more recent addition to the Tampa tech scene is another cybersecurity leader, OPSWAT.

The firm, then based in San Francisco, acquired a cybersecurity software business based here, Impulse, in 2019.

Founder and CEO Benny Czarny said that “following that acquisition there was an incredible opportunity to expand here.”

OPSWAT moved its corporate headquarters to Tampa in 2020 and more recently announced it announced plans to move into SkyCenter, a new Class A office park at Tampa International Airport.

The company’s employee base has grown 200 percent in Tampa over the past year, officials said, and now it has more than 500 worldwide employees.

“Tampa has been nationally recognized for its growth over recent years and has invested significantly in the city’s infrastructure to meet the demands of a growing market,” Czarny said.

The buzz around high-growth companies like OPSWAT, ReliaQuest, and many others has a flip side—demand to be in Tampa has outstripped supply in some cases, driving up housing and other costs.

According to a report from Zillow, to cite one of several examples, Tampa’s home values are expected to rise 24.6 percent through to November 2022, about 10 percentage points higher than the 14.3 percent home value growth expected nationally.

“Tampa’s growth is outpacing many other cities in the state and in the country, resulting in a market that has skyrocketed,” Czarny said.

“Companies and individuals alike will have to navigate the increased cost of living and competitive job market—both of which could present much larger obstacles for the region as it continues to expand.”