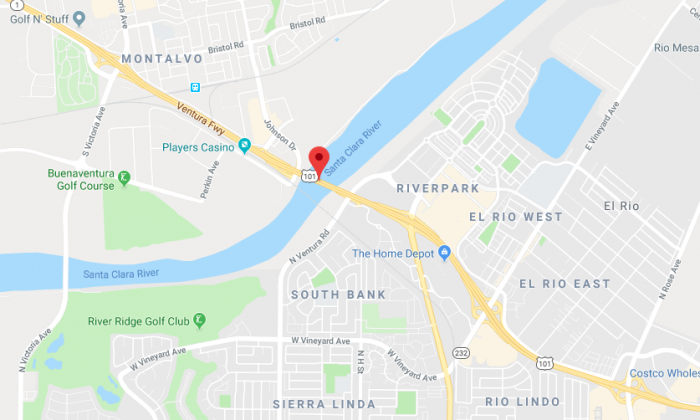 A rape suspect pursued by police in a southern California car chase killed himself by drinking poison, authorities say.

The 33-year-old man, who has no been identified, was pronounced dead shortly before 8 a.m. on Wednesday, Feb. 21, after a police chase that ended with his vehicle stopping near the center strip of the 101 Freeway in Ventura County, said California Highway Patrol (CHP) spokesperson Officer Kevin Denharder, reported the Los Angeles Times.

According to the Times, CHP said its officers identified the man driving on the freeway at around 7:30 a.m. after receiving an alert from Los Angeles police that undercover officers were following a rape suspect in a black Nissan Versa.

Officers attempted to pull over the vehicle, but the driver refused. A chase then ensued, continuing for six miles, until the car veered across all three left lanes and struck the center divider, reported CBS Los Angeles.

The suspect was found lying motionless next to the vehicle. According to Denharder, officers later discovered a liquid in the man’s car, and determined he had died from “self-inflicted poisoning.”

“He drank something he had concocted,” Denharder said.

Police didn’t reveal exactly what the liquid was.

Denharder added there were no shots fired by the suspect, despite earlier reports.

A spokesperson for the Los Angeles police, Officer Rosario Herrera, told the Times that the suspect was wanted for a sexual assault that occurred in early January.