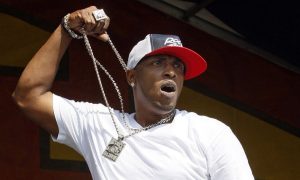 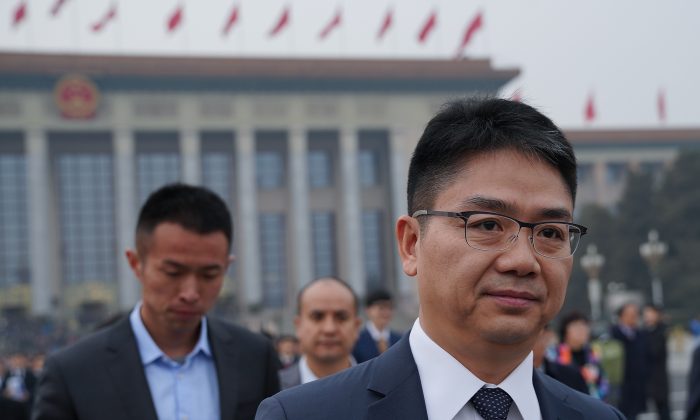 CEO of JD.com Richard Liu Qiangdong arrives at the Great Hall of the People to attend the opening ceremony of the Chinese People's Political Consultative Conference (CPPCC) at The Great Hall of People in Beijing on March 3, 2018. (Lintao Zhang/Getty Images)
China-US News

MINNEAPOLIS— It’s been nearly three months since Chinese billionaire Richard Liu was arrested in Minneapolis on allegations he raped a university student, and there’s still no word on whether he will face criminal charges. Prosecutors say Liu’s wealth has nothing to do with their consideration of the case. A look at where things stand:

Liu, the founder of Beijing-based e-commerce site JD.com, was arrested Aug. 31 on suspicion of felony rape after a Chinese student at the University of Minnesota said she felt pressured to drink with him and that he attacked her.

Liu is enrolled as a student with the university’s doctor of business administration China program, which is geared toward high-level executives in China. He was in Minneapolis for a weeklong residency.

On the night of the alleged attack, Liu and other executives went to Origami, a Japanese restaurant in Minneapolis. The alleged victim was there as a volunteer and, her attorney Wil Florin has said, she felt coerced to drink as the powerful men toasted her.

“This young woman needed one of these wealthy CEOs to act like a father, rather than ignore what was clearly happening to her at Origami,” Florin told The Associated Press.

Text messages reviewed by the Star Tribune and portions of the woman’s interviews with police show the woman claims Liu dragged her into a vehicle and made advances, despite her protests. The woman texted a friend: “I begged him to stop but he didn’t listen.” She said he raped her at her apartment. Liu was arrested, released the next day and returned to China, which has no extradition agreement with the U.S.

Through his attorneys, Liu has maintained his innocence. They said he is cooperating with the investigation.

Liu, known in Chinese as Liu Qiangdong, is worth $7.5 billion. He continues to lead JD.com.

‘As Long As It Takes’

The Hennepin County Attorney’s Office got the case from police on Sept. 20. They say they have no deadline for a charging decision.

“Every case is different and reviewing a case takes as long as it takes,” the office said in an email to the AP. “We have had other cases that have taken significantly longer and some that took significantly less time. Mr. Liu’s status as a wealthy businessman is irrelevant in the consideration of the case.”

Abby Honold, a rape survivor and activist in Minnesota, said she thinks authorities are treating Liu differently because of his status. “It does not seem to me that Mr. Liu is receiving the same treatment that most criminal defendants get,” she said, adding that she appreciates that prosecutors are being thorough.

If Liu isn’t charged, Halberg said, people are going to wonder if he got preferential treatment. “On the other side, if they are going to charge this guy, he’s got the resources to put up a hell of a defense,” so prosecutors need to make sure they have a strong case.

Prosecutors may feel added pressure following a series of stories in the Star Tribune in the past year that documented widespread failings in the way police conduct sexual assault investigations. The newspaper analyzed more than 1,300 sexual assault cases from 2015 to 2016 and found that only one in four was ever referred to a prosecutor for charges. Less than 10 percent of all sexual assault reports ended in a conviction, the newspaper found.

Prosecutors say they cannot charge someone with a crime unless they can prove one occurred. But this summer, Hennepin County Attorney Mike Freeman called the series “a good wake-up call.” Freeman, who just won re-election, is seeking funding to hire more prosecutors to handle rape cases.

In addition, his office reviewed 40 cases from 2018 that resulted in no charges because there was not enough evidence to prove them beyond a reasonable doubt. Office spokesman Chuck Laszewski said the review is finished and found that the original decisions not to bring charges in those cases were correct.