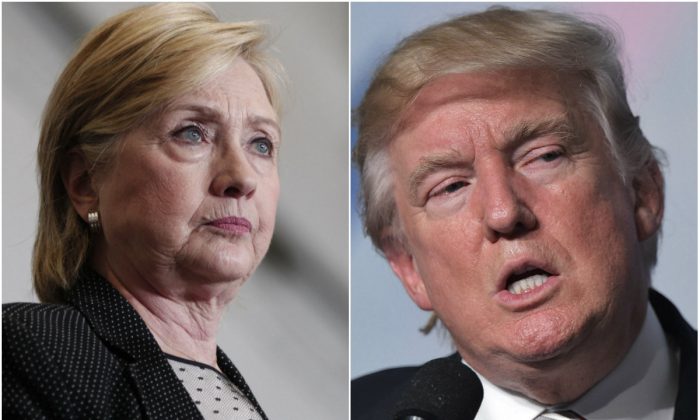 In my Feb. 24, 2016 article for the Epoch Times titled “Campus Sexual Predators: Issues and Response,” America’s nightmare of rape and sexual assaults on college campuses was addressed.

The article was a clarion call for all students attending college and their parents to be aware of the magnitude of sexual crimes.

In the article, I stressed that “the college experience must not turn into heartbreak, tragedy, or a nightmare for anyone.”

The article also demanded that “American campuses must be havens of security, moral courage, and ethical behavior; not cauldrons of abuse igniting retaliation against victims, contempt for moral decency, or violation of the law.”

Staggering sexual assault statistics were presented in the article that highlighted a culture of enabling predators on campus.

A call to action for ending sexual crimes on campus was encouraged.

Spotlight on Rape and Sexual Assault

Recently, the issue of sexual assault and rape was in the spotlight due to the presidential campaigns.

This avalanche of emotion was ignited by one presidential candidate, whose reprehensible comments from a hot mic were exposed.

It was a reminder that sooner or later, behavior is exposed and accountability must be the order of the day.

The shameful exploits of this candidate was further compounded by additional resurfaced media coverage exposing salacious, lewd, and obscene remarks during interviews.

It is important to note that not only were his comments extremely vulgar, offensive, and dishonorable, but also a glorification of adultery.

Although I condemn these abhorrent remarks, the purpose of this article is not to sink his candidacy or endorse his rival. It is the responsibility of each voter to follow their conscience regarding their choice on Election Day.

But it is undeniable, the American presidential campaign has now ignited a national firestorm demanding transparency to prevent callousness, sexual assault, and rape.

Across America, there was an eruption of media coverage and stories from women sharing painful memories of being victimized.

Women throughout America have expressed outrage and publicly responded, “This has happened to me!”

The issue has also affected the democratic candidate with resurfaced allegations of sexual misconduct of her husband.

The spotlighting of sexual abuse and rape must be an opportunity for awareness, education, and prevention, not denial, avoidance, and dishonesty.

America must seize the moment and educate in all of our homes, schools, campuses, and workplaces so that sexual abuse and rape can be prevented.

It is important to understand the distinction between rape and sexual assault.

Definitions from the U.S. Department of Justice Bureau of Justice Statistics are as follows:

Sexual Assault—A wide range of victimizations, separate from rape or attempted rape. These crimes include attacks or attempted attacks generally involving unwanted sexual contact between victim and offender. Sexual assaults may or may not involve force and include such things as grabbing or fondling. It also includes verbal threats.

Scope of the Problem

Unfortunately, both presidential candidates lost a golden teachable opportunity by attacking one another during the Oct. 9 debate, rather than educating and offering solutions.

According to the U.S. Department of Justice National Sex Offender Public Website (NSOPW), calculated facts and statistics from a recent year in the United States include the following:

According to RAINN, an American is sexually assaulted every two minutes, with the majority of assaults occurring at or near the victim’s home.

In my Sept. 29 Epoch Times article titled “21st Century America Requires Police-Community Unity,” I recommended, after the first presidential debate, that candidates, and their leadership teams, review my articles on police-community collaboration.

After viewing the second presidential debate on Oct. 9, and observing the outcry unleashed throughout the nation on rape and sexual assault, I encourage both candidates to also read my articles on the critical importance of the American presidency.

These articles emphasize virtue, a moral compass, and ethical courage as pillars for the dignity of the presidency.

The oval office is a critical platform for America’s future and it deserves unparalleled honesty, character, and unwavering ethical values.

Americans must pray that our leaders have moral leadership to reawaken the nation, by galvanizing healing, decency, and understanding.

We the people, must demand these ethical qualities from our leaders and tolerate nothing less.