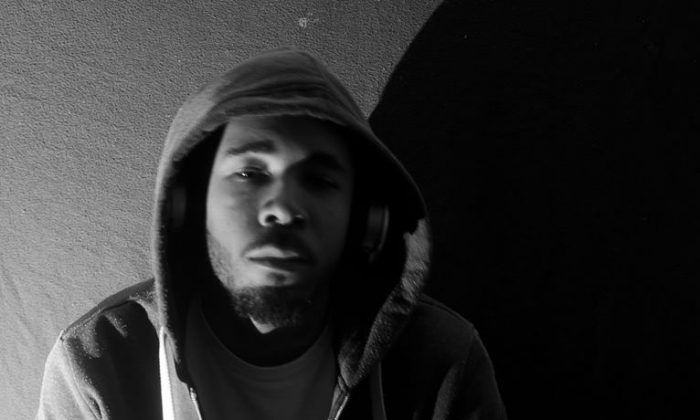 “Nobody likes me, and that’s okay. Umma do me anyway” — I couldn’t stop singing this line in my head after my friend, Gabriel Johnson also known as Giuliani Jones by other artists, gave me an opportunity to listen to his song for the first time back in 2008. He has come a long way and he has blossomed into a talented song writer/rap artist. He now has a wonderful son and owns a photography business. He recently released his new mixtape called “New Religion“. His mixtape includes original songs written and arranged by Giulianni Jones himself. I feel very fortunate to have been given a chance to interview Jones, and be able to get a snapshot of his journey to success.

Me: How did you get into the music business?

GJ: 2005. Well, my friend had a mic and a computer in his basement and he used it to make “diss” tracks for the guys who live down the block. I thought they were so bad, but the art of making music I thought was dope. I asked him to help me record a song, as I already liked writing already.  I had written so many poems and stories in my younger years, it’s not even funny. Later on, I felt that my style of rapping needed to be complimented only by my style of instrument arrangements, so I began making my own beats via FL studio.

Me: Describe your style.

GJ: I am a writer who likes the art of arranging metaphors and similes to get a point across to my listeners.  I specialize in making “witty lines” that will make listeners laugh or awed.  I think that I have evolved in the past few years into a music artist that would rather tell a story of some sort, to create an image in the listener’s mind to address an issue. I never gave up on making punchlines, and now I feel it’s more geared toward stimulating visual art.

Me: Who inspired you?

Me: What is your taste in music?

GJ: I like hip-hop, pop, rnb, and even gospel rap.

Me: Who do you aspire to be like? As successful as?

GJ: I try not to look at other people’s success in comparison to my own, but I would like a career where someone would say my name and think, ” a great lyricist who painted pictures with words and instruments — an artist who understands that people need to be able to relate to those words, in order to really appreciate the music.” (Me: Very well said.)

Me: Did you ever think you wouldn’t get this far?

GJ: No, I’ve never thought I’d be where I am now.  I thought it would never get past the basement. It wasn’t until I met this guy named Tillery, did I actually take it seriously.  He had us practicing everyday and working on our craft for my pending success.

Me: What made you want to do this? What’s your inspiration?

GJ: I love art expression —  music being one of them. I want to encourage people to tell the truth and say what’s in their mind at any cost, even if it means you will lose some friends. “The truth teller, nobody like that man. That’s why I been threw so many circles like pacman — New Religion.”

I still can’t believe that this lad is finally fulfilling his destiny. He had worked so hard to get this far, and he definitely deserves recognition for all the hard work and effort he had put in to master his craft.

This talented young rap artist will be performing at the Step Up — Modeling for a Cause charity fashion show event on May 10th at the Unitarian Church of All Souls in Manhattan.