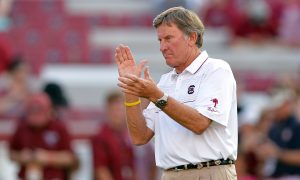 Why South Carolina's Next Coach Will Have Near-Impossible Expectations
0 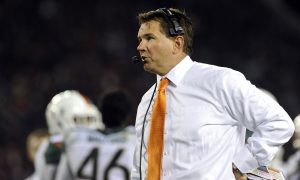 Why Miami Was Justified in Letting Al Golden Go
0 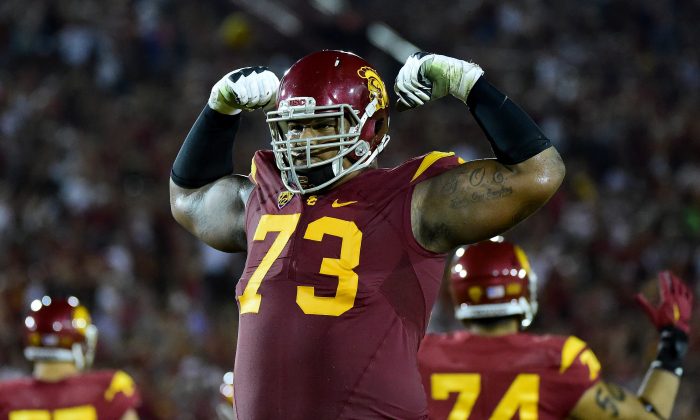 Ever since Pete Carroll restored USC proud tradition, the Trojans have been a prime destination for the best recruits in the country. (Harry How/Getty Images)
College Sports

With the resignation of Minnesota head football coach Jerry Kill, six schools from the Power 5 conferences—the ACC, SEC, Pac-12, Big 12, and Big Ten—will now be looking for someone to lead their respective teams.

Of course, not all jobs are created equal. Some come with high salaries, tremendous facilities, a rabid fanbase, and a fertile recruiting ground. Others are more like Kansas last year, where the former coach left behind little talent, fewer recruits, lots of headaches, and zero expectations.

Fortunately, none of these openings are that bleak. Here they are, ranked by most desirable:

No surprise here. The Trojans can afford to hire nearly anyone. (They just fired Steve Sarkisian, who made $4.25 million a season.) They also have a rabid fanbase (hello Will Ferrell), great facilities, a proud tradition, and are right smack in the middle of a major recruiting area. Besides, who wouldn’t want to live in Southern California?

This position is right up there with Texas, Florida, Michigan, Ohio State, and Alabama. They can almost pick and choose.

Miami over South Carolina is a close call, but the Hurricanes have a couple advantages over the more financially stable SEC school. “The U” won five titles between 1983 and 2001, have sent scores of big-time players to the NFL (Ed Reed, Warren Sapp, Ray Lewis, Frank Gore, and on and on and on), and are located in the football-crazy state of Florida.

They may not be able to afford the best coach out there (Al Golden made “just” $2.3 million), and the facilities (they use the Dolphins’ Sun Life Stadium) aren’t up there with the best of them, but the proud history and backing are top-notch.

Fifteen years ago, arguing whether South Carolina or Miami was the better job would have been laughable. But the Gamecocks made the right hires in bringing in Lou Holtz (1999–2004) and then Steve Spurrier (2004–15) who resigned earlier this month, but not before guiding the program to a higher level than was thought possible. With three 11-win seasons in the last five years, it’s a winnable place that’s produced some NFLers to boot, like Jadeveon Clowney.

While they don’t have a successful long-term history, they play in the prestigious Southeastern Conference and can afford an expensive coach. Spurrier made $4 million, so it’s not out of the realm that they could afford a big-name hire.

With Randy Edsall out, the Terps have an opening and it’s more attractive than you might think. Under Armour CEO Kevin Plank is a Maryland grad, and the company is the school’s official provider of sports gear. There’s no limit to how much support it could give the Terrapins, and considering what Nike’s Phil Knight has done for Oregon’s athletic department—especially its football team—this could be a sleeping giant.

Illinois has promise. The Illini are near recruiting hot bases in Chicago and St. Louis, and if the right coach comes along they could really make an impact. What scares most of the better coaches away is a complete lack of program success, though, as the Illini have been to exactly one Rose Bowl over the last 30 years.

Why South Carolina’s Next Coach Will Have Near-Impossible Expectations

The Gophers aren’t in a bad situation. Jerry Kill was working on his third straight winning season after getting eight victories in both 2013 and 2014. Unfortunately, there’s little in the way of a proud program history with the Gophers, who haven’t been to the Rose Bowl since 1961.