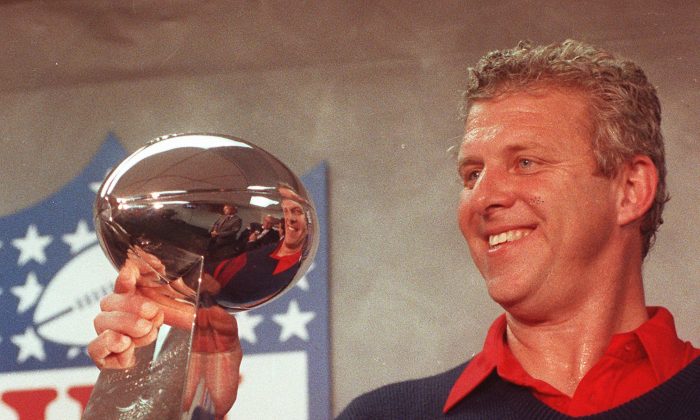 Ranking the 10 Most Exciting Super Bowls

Growing up in the ’80s I can remember a string of disappointing Super Bowls—one after another, after another—so much so that I began looking forward to the commercials more than anything. Of course it didn’t help matters that I was a Buffalo Bills fan at the time (I’ve changed allegiances a few times).

In any case, by 1998 the AFC finally snapped the stranglehold that the powers of the NFC had over them and suddenly we had some competitive title matches. Here are the 10 best of all-time.

The Cowboys, already playing in their fifth Super Bowl (it was 1979), were trying to go back-to-back as champs—just like the Steelers had done three years previously. Pittsburgh led 21–14 at the half, but Dallas was threatening to tie it late in the third when Cowboys tight end Jackie Smith dropped a sure touchdown in the end zone on third-and-three at the ten. After settling for a field goal Dallas gave up a pair of touchdowns to fall behind 35–17 with 3:28 left in the game.

Not ready to concede, the Cowboys scored answered with two touchdowns of their own to pull within four, but the Steelers recovered the ensuing onside kick and won.

Two words: Lynn Swann. If your only exposure to some of these earlier bouts was Super Sunday by NFL Films, you would assume that Swann was a bona fide, first-ballot Hall of Famer. He was eventually a Hall of Famer, though it took nearly 20 years. In either case he was the best player on this day. The three-time Pro Bowler finished with 161 yards on four catches—two of them for more than 50 yards—including a spectacular grab where he tipped it to himself and then caught it falling down. Still, the Cowboys were in it until the end before Roger Staubach was picked off, just two yards shy of the end zone.

The Patriots had no aura about them—no intimidation factor at all—heading into this one. But this is where it all began. Bill Belichick and New England took advantage of four turnovers to hold “The Greatest Show on Turf” to their second-lowest scoring output on the season. Still the Rams rallied from a 17–3 fourth quarter deficit to tie it with 1:30 left. Then first-year starter Tom Brady calmly led the Patriots down the field and Adam Vinatieri hit a 26-yard field goal to win it as time ran out.

The AFC hadn’t beaten the NFC in the Super Bowl in 14 years before Elway and the Broncos came out and surprised the defending champions. Elway, who hadn’t played in the big game since the 49ers thrashed his Broncos 55–10 eight years earlier, made the play of the day, finishing his eight-yard run with a “helicopter” dive on third-and-six to set up Denver for the tie-breaking touchdown. The Packers would eventually tie it up before Terrell Davis’ late score won the game.

Who didn’t like the image of tough-guy Joe Willie Namath unafraid to guarantee a win over the mighty Colts of the NFC? Well probably any Colts fan, but if you were an impartial fan this was quite a game to see. Namath and the underdog AFC-Jets came out with a swagger and controlled the game from the start, holding the heavily-favored Colts scoreless until 3:32 left in the game. By that time, the Jets already had 16 points. Namath finished with 209 yards passing and the respect of the league.

A 9–0 St. Louis lead at halftime, this game heated up in the fourth quarter and ended up being one of the few that were decided on the final play. The Rams increased their advantage to 16–6 early in the fourth, but the Titans ended up tying the game mid-way through the quarter. Kurt Warner and the Rams responded immediately with a 73-yard touchdown pass to Isaac Bruce to go up 23–16 with 2:12 left.

Not done yet, Steve McNair rallied the Titans and drove them all the way to the ten-yard line with five ticks left. He found Kevin Dyson for a short pass over the middle on the final play, but Dyson was brought down at the one-yard line as time ran out.

It was Montana-to-Rice 11 times for a Super Bowl-record 215 yards in this one but it was John Taylor who caught Montana’s game-winner with 34 seconds left. San Francisco rallied from 13–6 and 16–13 fourth-quarter deficits to win this one as the Bengals nearly won without an offensive touchdown—three Jim Breech fields and one kickoff return score was all they mustered.

One of the biggest upsets in Super Bowl history featured three fourth-quarter lead changes and maybe the most incredible catch in the history of the NFL. The Patriots led 7–3 entering the final quarter before the teams traded touchdowns to make it 14–10. On third-and-five from their own 43 with just 75 seconds left, Eli Manning somehow avoided a heavy pass rush and threw it up for grabs some 40 yards down the field for David Tyree who jumped, caught the ball in mid-air and amazingly pinned it against his helmet as he came down with Rodney Harrison draped all over him for a 32-yard reception. Four plays later Manning found Plaxico Burress in the end zone for the game-winning score.

Steelers linebacker James Harrison’s 100-yard, goal-line, interception return for a touchdown, just before halftime—a 14-point swing—was just one of the twists in this classic. The Steelers, who led 17–7 at the half, upped their lead to 20–7 before the Cardinals woke up in the fourth. Kurt Warner, who passed for 377 yards on the day, found Larry Fitzgerald in the end zone with 7:37 left to make things interesting.

A safety closed the Cards to within four points with 2:58 left and then a 64-yard Warner-to-Fitzgerald bomb put Arizona ahead 23–20 with 2:47 remaining. But it was too much time for Roethlisberger and the Steelers. Big Ben drove the Steelers the length of the field and connected with Santonio Holmes for a six-yard score with just 42 ticks lift to win it.

One of Bill Parcells greatest triumphs was leading the Giants, with backup quarterback Jeff Hostetler filling in for an injured Phil Simms, to victory in this one—though he was at the mercy of kicker Scott Norwood at the end. Hostetler and the Giants’ offense controlled the game, keeping the ball for more than 40 of the game’s 60 minutes and in essence keeping the Bills’ vaunted hurry-up offense off the field—and somewhat out of rhythm.

The game was close throughout. The Bills led 12–10 at the half and the lead changed hands three different times in the second half. Matt Bahr’s field goal put the Giants up 20–19 mid-way through the final quarter. The Bills then forced a late punt and regained possession with just over two minutes left. After driving 61 yards to the Giants’ 29 they lined up with eight seconds and no timeouts left for a 47-yard Scott Norwood field goal, but it went wide right and the Giants were champions.