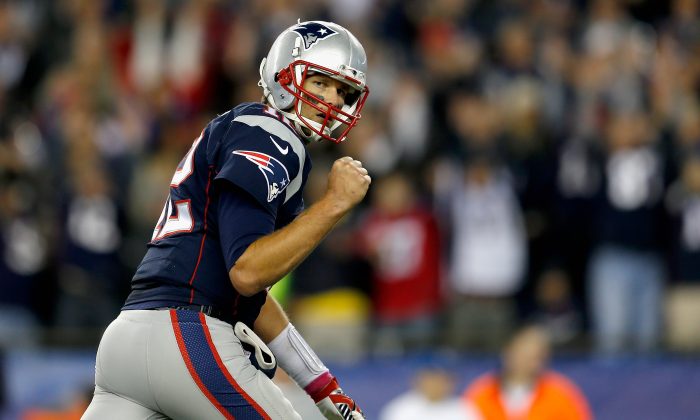 Two-time NFL MVP Tom Brady was a sixth-round pick of the New England Patriots back in 2000. (Jim Rogash/Getty Images)
NFL

The NFL Draft is next week and this is the time of year where a franchise can set their team up with a franchise star or two—as well as a few role players—for the next decade.

But you have to find players in later rounds of the draft to be able to do this.

Just look at what Seattle has done recently. The Seahawks have drafted Russell Wilson, Earl Thomas, Kam Chancellor, Richard Sherman, Bobby Wagner, and finally Tyler Lockett in recent drafts to fuel their run to a pair of Super Bowls and only Thomas was a first-round selection.

Here are the 10 best steals in the NFL Draft, since it was abbreviated to seven rounds back in 1994.

Allen starred in college at Idaho State of all places when the Chiefs took a fourth-round chance on him a dozen years ago. A pass-rushing savant, Allen recorded nine sacks as a rookie and by his fourth season he posted a NFL-high 15.5. The four-time All-Pro has finally called it quits this offseason, retiring ninth on the all-time sack list with 136.

Davis’s career was short due to an arthritic condition in his knee in 2002, but he made the most of his four full seasons. Overlooked coming out of Georgia—because of a pair of torn hamstrings suffered there—Davis was drafted and coached by the ultimate running game coach—Mike Shanahan. Davis’s first four seasons saw him average better than 1,600 rushing yards per year and win a pair of Super Bowl titles before knee injuries claimed his career.

Atkins played at a high level for four years at a big-name SEC school (Georgia) but somehow slipped down the draft boards come draft day. As it turns out, everyone but the Bengals made a mistake. The 6-foot-1, 285-pound lineman has been named to four of the past five Pro Bowls and even garnered a pair of All-Pro selections through six years in the league.

Martin’s stock dropped as a senior at Pittsburgh when he suffered an ankle injured in the second game of the season, which sidelined him for the rest of the year. Despite concerns about his durability, Bill Parcells and the Patriots took him in the third round and he would up being one of the most durable running backs ever. The five-time Pro Bowl selection started his career with 10 straight 1,000-yard rushing seasons and is currently fourth all-time with 14,101 career rushing yards.

Brown was a small college star (Central Michigan) that made it big. After getting few snaps as a rookie, he’s recorded four 1,000-yard receiving seasons over the past five years, including back-to-back All-Pro selections. His 1,834 receiving yards in 2015 represented the fourth-biggest single-season total in NFL history.

At 5-foot-11 and weighing 230 pounds, Thomas wasn’t considered big enough—or even fast enough—to be considered a high pick in the draft, despite a stellar career at Texas Tech. But former Miami coach Jimmy Johnson had an eye for talent and Thomas soon became the best middle linebacker in the league, garnering five All-Pro selections in his 13 NFL seasons.

Wilson is only 27 and he was only drafted four years ago, but already the three-time Pro Bowler is looking like the second-best player taken in 2012—behind first overall pick Andrew Luck. The sixth quarterback taken in the 2012 draft has already played in two Super Bowls and has led his team to a 46–18 record in his four years of starting.

Owens came from a small school—Tennessee-Chattanooga—which was part of the reason he lasted until the third round. Although the five-time All-Pro made as many headlines for clashing with other players and coaches as he did for his prowess on the field, the end results are hard to argue with. He’s second all-time in receiving yards with 15,934 and sixth in receptions with 1,078.

Sherman started out as a receiver at Stanford only to be switched to cornerback after two seasons. Being relatively new to the position, he hadn’t quite refined his skills, but Seahawks head coach Pete Carroll—who coached against Stanford when he was with USC—liked what he saw and now Sherman is a very valuable three-time All-Pro corner for Seattle.

Brady was only a part-time starter at Michigan—he shared time with Drew Henson—which made his late-round selection understandable. After taking over for an injured Drew Bledsoe in his second season with the Patriots, the seventh quarterback taken in the 2000 NFL Draft went on to win four Super Bowls and earned a pair of MVP awards.