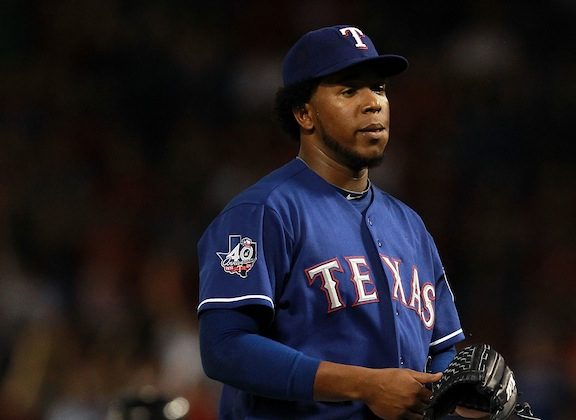 The Texas Rangers have placed right-handed starter Neftali Feliz on the disabled list with right elbow inflammation, according to a report on the team’s website. The Rangers had scheduled Feliz to pitch Wednesday against Seattle but will replace him with Scott Feldman.

The former closer, who saved a total of 72 games the past two seasons for the two-time, pennant-winning Rangers had never been a starter in the major until this season.

Texas, which now has former Twins closer Joe Nathan to close out games, put Feliz in the rotation to make up for the loss of C.J. Wilson who signed a $77.5 million deal with the Angels in the offseason.